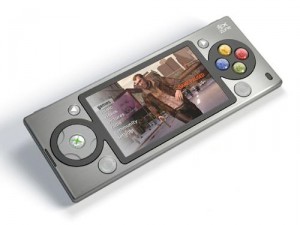 The Zune / Xbox Phone rumours had quietened down for a while but now Katherine Egbert, an anylist with Jefferies & Company, has said that Microsoft is getting ready to bust out a phone based on Windows Mobile 7.

This would make the job offer make sense as well don’t you think?

“Our recent industry checks indicate Microsoft will be debuting its own phone sometime in the next two months,” Egbert said. “We expect the new phone to debut soon, at either the Feb 15-18 Mobile World Congress conference in Barcelona Spain, or possibly at CTIA in Las Vegas one month later,” announced Egbert.

This new handset is set to have 720p HD video capabilities, at least a 5MP camera, and that will run Windows Mobile 7. She also mentioned that Windows Mobile 7 will include “premium mobile services,” including a Zune video store and music subscription and purchasing services. It will have an interface “similar” to the Zune HD UI, “and could include social networking apps like Xbox Live, Facebook and Twitter”.

“We don’t have any information about the cost of the Pink phone, nor do we know what service providers might be partnered with Microsoft,”

“Revenue from the phone is also very unlikely to be meaningful for many years,” but she adds “However, the new phone might explain why Microsoft has allowed WinMo to dwindle to less than 10 percent mobile OS market share. Pink would be the ‘third screen’ (after Windows and Xbox) and [the] final component in Microsoft’s ‘3 screens and a cloud’ strategy.”