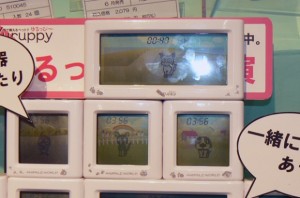 Were you guilty of watching your Tamagotchis die?

Did you go for the upgraded everlasting colour version?

Well I think you may want to put it down (not in the sense of killing it! Just to one side) as Takara Tomy brings you the Yuruppy.

The Yuruppy isÂ  a virtual pet that lives inside a small touchscreen.

You get to choose from a puppy, a kitten and a chicken(!?).

All you have to do then is pet them by rubbing their fingers on the screen – no other care required!

Japan is naturally the first port-of-call for the Yuruppy and it will hit the stores in June – no doubt other countries will then get the touch-pet later.

The standard version will retail for $21, while the Yuruppy deluxe costs $38 and has a larger screen.

No more info on Takara Tomyâ€™s official Japanese website as yet. 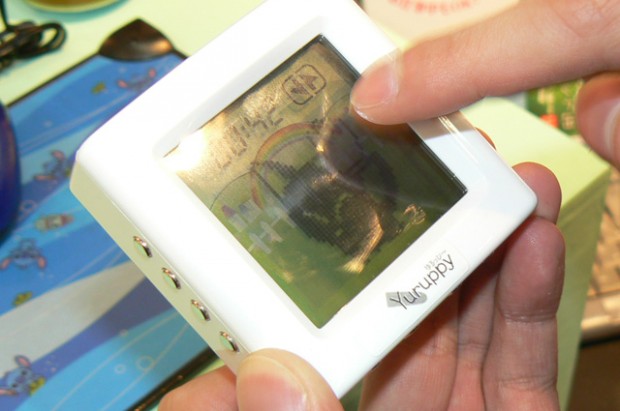