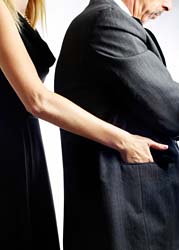 Shocking but true if these latest findings in a new report by insurance company CPP are anything to go by.

The survey took the answers of over 2000 people from all around the UK and discovered that Sheffield is the worst place for mobile phone theft in the UK with 11% falling victim. After living in near-by Barnsley for over 20 years I can kinda see that.

But when you find that this beats Edinburgh (9%), London (8%) and Liverpool (6%) it does seem that South Yorkshire should be more careful with their handsets.

The survey found that a quarter found they had been pick-pocketed, a fifth had their phone nabbed from a restaurant or pub table, while an unfortunate one in ten were mugged. I did have a phone removed from me when I fell asleep on a train after a rather messy night in Leeds………

Shockingly, one in 20 even had their phones stolen by crafty colleagues at work. That’s just wrong!

The survey is highlighting that nearly two-thirds (63%) of phone owners have no mobile insurance at all. Do you?

Apparently 84% of people never get their handset back if lost or stolen.

The top five are phone theft fanatics are:

Have you fallen victim to phone pilferers?

Do you feel safer in Birmingham than you would in Sheffield?