Neil Young brought in Pono to bring high-resolution music to the masses. Now it is undergoing an Xstream change.

Neil Young, when not Rocking in the Free World, has a noble quest. His crusade was based upon bringing high-quality, high-resolution music to the masses.

It hasn’t been a smooth journey and now there’s another bump in the round. Young has announced that Pono’s now defunct music store will become a high-quality streaming service. Think along the lines of Tidal.

For those of you who missed the beginnings of the Pono player, here’s a recap.

Mr Young announced his plans back in 2012. Then, in 2014 with a successful Kickstarter campaign backing his project with a $6.2 million Gold Rush, pre-orders were aplenty.

Young and his business partners then launched a retail version of the pricey PonoPlayer. This could be yours for $400/£313. This was linked to an equally not-cheap store for purchasing audio files recorded in 24 bits and 192 kHz. Now both the player and the service are dead.

Young has reached out to the Pono faithful to announce the new service.

He has posted a lengthy message on Pono’s message board describing what kind of Xstream new features will be available with a subscription.

The community boards are only for customers so I am relying on a tip off here.

Word is that this new service will offer music streaming with 15,000 potential levels of playback quality!

If service or WiFi is spotty in the area that you’re listening, the sound quality will degrade to compensate. If you’re on super-fast interwebs then you’ll get a pristine recording. He claims that this works seamlessly without interruptions or buffering.

I cannot, and will not, knock Young. I’ve been a fan of his music for ages. I am also on his side for the need to Harvest top quality audio.

The thing is that, where enjoying music to its fullest is a great thing, it was commercial and practical roadblocks that killed the PonoPlayer and the Pono store. 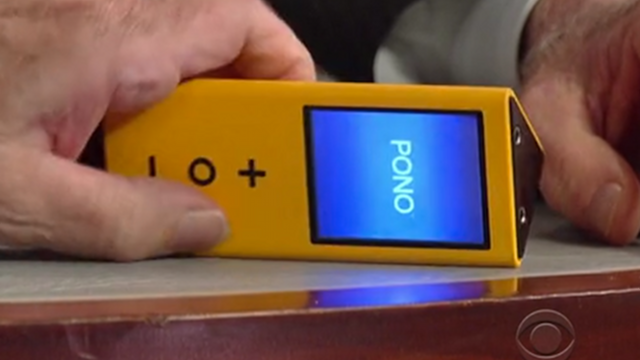 onoIt is, unfortunately, the minority who are willing to pay the extra for high-quality downloads. Even those would baulk at the the differences on the Pono Store when compared with iTunes, for instance. Grab Led Zeppelin IV on iTunes for £6 or £20 on Pono Store?

Naturally, as anyone that has an audio library comprised of FLAC files, you’ll know that the higher resolution tracks also means bigger file sizes.

This means that your mobile device is soon filled – something that MQA is trying to get around.

Young does acknowledge these hiccups:

I had to put up with lots of criticism for the high cost of music delivered in the way all music should be provided, at full resolution and not hollowed out. I had no control over the pricing, but I was the one that felt the criticism, because I was the face of it. And I pretty much agreed with the criticism. Music should not be priced this way.”

There does not seem to be any hint of price plans for the new Xstream service.

Also, launch times are simply given as “very soon.”

Young does state that premium pricing is not in the cards and he’s having difficulty getting record companies to work with him.

It is good to see people fighting to get better quality tracks out in to the market, but it’s tricky getting the larger demographic to agree.

Most people would rather have a huge library of tracks on a device that they’re already carrying. How do you convince even a fraction of them to add another, dedicated, audio device in their pocket whilst expecting them to pay even more for the content that goes on it?