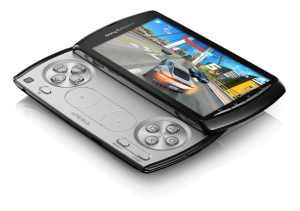 Gaming site MCV have had a chat with Sony Ericsson UK’s Marketing head honcho, David Hilton, who naturally believes that the Xperia Play is going to kick the iPhone into touch.

“The main thing is to offer something different… iPhone is a hugely popular product and Angry Birds on iPhone is a delight.

He went on to state:

“But now the hardware allows you to play far more complex games. You donâ€™t want to be playing these with your fingers all over the screen. You want full visibility and the ability to control the games with the sort of interfaces you have on your games console.”

Hilton also went on to explain that what I thought was missing when I had some hands on time with the PlayStation Phone has actually been sorted since:

“As soon as you slide open the phone, the screen will go into a game finder app that will show you all the games you own and all the games you can download,” he added. “What we have heard about Android is that locating games in the marketplace is a struggle. So we have created this app to easily navigate through the games.”

More importantly to some though – he spilled the beans on how much those games are going to cost you:

“The smaller, lower-tier games will be around Â£1 to Â£2 and a more complex game could be up to Â£10”

Fortunately, to get you up and running, the Xperia Play will come with 6 pre-loaded games â€“ FIFA 10, Crash bandicoot, The Sims 3, Tetris, Star Battalion and Bruce Lee Dragon Warriors.