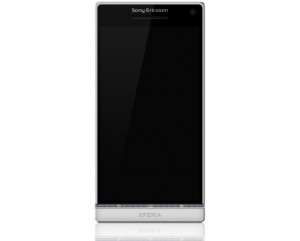 You are probably already aware of the rumours surrounding Sony Ericsson’s fabled Xperia Arc HD phone. It appears that the new handset, code-named “Nozomi” has made itself known in some official pictures.

Nozomi is all set to become the company’s first dual-core Android device – although, that said, with Sony and Ericsson parting ways recently – could this be Sony’s first phone after going solo?

What has already been said

Early pics of the Sony Ericsson Xperia Arc HD, aka Nozomi, was of a white handset sporting a screen which took up the whole frontage. Word had it that the display would be a 4.3-inch 720p number that would be able to taunt the iPhone 4S with its 1280×720-pixel resolution. Quite a nice thing to view your handiwork taken using the Nozomi’s impressive 12MP camera.

More fingers pointed at the Xperia Arc HD being loaded with a dual-core processor clocking in at 1.5GHz – a first for Sony Ericsson.

Now some Chinese forums seem to have spotted some pretty official-looking renders of the Nozomi.

You get the lovely white body and slick edge-to-edge screen, as well as the same distinctive silver detailing along the bottom with some intriguing text that hints at the specifications.

There is also another ‘official’ image of the phone which looks to be all ready for the press.

Word has it that the Xperia Arc HD may also sign in to hotels using the cryptic moniker of ‘LT26i’.

The glimpse of the more informative press clip (see gallery below) has annoyingly snipped of the text surrounding the render but you can see the word “Dual” next to a “co..” – that must be the dual core processor hasn’t it?

Also trimmed is the “1920 x 1…” under what seems to be the Camera heading. 1080p video recording anyone? Well, that does seem to be de rigueur for dual core Androids.

I think it’s a safe bet that the Nozomi, or Arc HD will land running Ice Cream Sandwich but what will the badge at the top say?

The branding on the renders proudly sport the Sony Ericsson logo but, with Sony buying out Ericsson’s half of the partnership, the Xperia Arc HD/Nozomi/LT26i could well end up being the first Sony Xperia device – or the last of the SE.