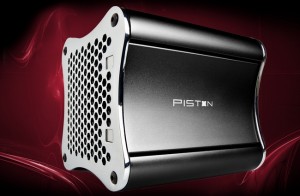 PC hardware manufacturer Xi3 has just revealed that that their new and highly anticipated Xi3 Piston Console will be launching next month on November 29th – better known as Black Friday.

The mini-PC form factored Xi3 Piston Console has been designed to provide owners with a easily modifiable system and was rumored to house Steam’s latest gaming gear which was officially announced last week. The thing is, the bumf for the Piston PC fails to mention whether it will land running SteamOS or Windows.

The Xi3 Piston Console measures 4-inches square and its case is constructed from matte black aluminium.

Xi3 is definitely aiming the Piston squarely at gamers who may want to shove it in the living room:

Some games just play better under certain circumstances. We get it. That’s why the Xi3 Piston Console gives you three ways to play. Kick back on your couch with a controller if you want. Immerse yourself in the game with a mouse and keyboard at the desk if that’s more your style. In fact, if a virtual reality peripheral is your thing, then go right ahead. Since the Xi3 Piston Console works in any setting, we’re going to give you a nice sampler of pre-loaded games to play. The Xi3 Piston Console is the only console on the market that caters to any gamer’s preference. 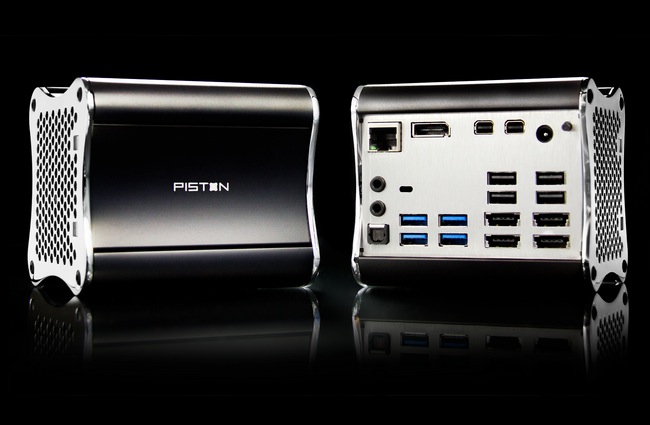 The graphics on the Xi3 Piston Console system will support resolutions of up to 4096 x 2160 pixels which is pretty handy for gamers.

If you were expecting a cheap and cheerful price for the Piston however, be prepared to cough up $999 – yup, around £615.