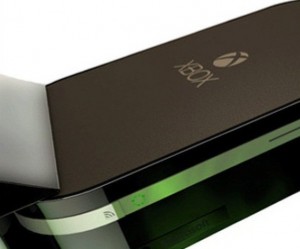 The days when your gaming console could get away with simply playing games seem to be long gone. The latest Xbox leak suggests that the gamer will be able to daisy chain to your existing TV box to integrate your cable or satellite feeds into the console’s UI.

The living-room and casual gamers is the battlefield to get on right now with consoles and PCs fighting it out.

This means that the next gen consoles have to find better ways integrate in to people’s current home entertainment systems.

According to The Verge, Microsoft’s next game player would sit between your TV and existing set-top box, daisy-chained via HDMI, which is all fair enough.

The smart bit is that you would control everything via the Xbox, which would overlay its own interface on to programme guides and recording menus.

Kinect integration could also count the number of people looking at the TV, and pause if they look away (as seen on the Samsung Galaxy S4).

More interesting still is that Microsoft could issue a cheaper set-top box – perhaps called Xbox TV – that could serve up the Xbox 720’s media smarts to the more casual gamers. That would also fall in line with the rumour that Microsoft is considering a smaller, cheaper Surface tablet.

Naturally, the company’s keeping tight-lipped about any details and, after Adam Orth being jettisoned from the company for defending the possibility that the new Xbox will require being always-online, I’m guessing things will be a little quiet rumour-wise for a while.

Still, not too long to wait now.