Xbox One – wont play 360 games and might charge for sharing 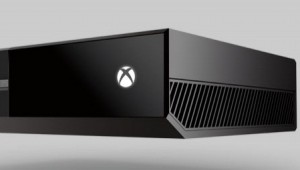 The Xbox One Reveal happened and, even though the actual console was actually there, it still left some questions unanswered. Mainly, can we play used games? An important point as the Xbox One won’t play Xbox 360 games.

I am pleased to confirm that you will be able to trade games online and in shops, as well as there being plenty many games released this year.

What Microsoft was less than clear about was that new games require a one-time activation code.

On Major Nelson’s blog he points out that playing games at a mate’s house won’t be charged as long as you’re signed into your profile. That still leaves the possibility of another one-off payment to Microsoft when you install, allowing you to reassign your new – but used – game to your login.

Major Nelson has released the following official statement in attempt to clear everything up:

“We know there is some confusion around used games on Xbox One and wanted to provide a bit of clarification on exactly what we’ve confirmed today.

“While there have been many potential scenarios discussed, today we have only confirmed that we designed Xbox One to enable our customers to trade in and resell games at retail. Beyond that, we have not confirmed any specific scenarios.

“Another piece of clarification around playing games at a friend’s house – should you choose to play your game at your friend’s house, there is no fee to play that game while you are signed in to your profile.”

Microsoft Support tweeted that there will be no fees on used games. But this may be referring to the transaction charge online or in the shop, not payments to update game ownership on a new profile.

The company is currently unwilling to answer direct questions about whether users will ever be charged a fee to play pre-owned games and how much that fee will be.

Instead, it seems that everyone is being told that further details will be announced later.

We expect Microsoft is now holding back until it sees Sony’s next move.

If the PS4 is a totally free trading platform it’s likely the Xbox One will be too. But then, this is Microsoft, and there’s always a chance if it can make more money from you it will.