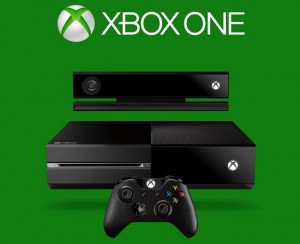 As the launch date for the Microsoft Xbox One next-gen games console edges closer and closer, Microsoft is pulling out all the stops to make sure they launch is as big as a success as they can make it. But the UK will still miss out on a number of things.

Microsoft has today released a new Xbox One guided tour video which provides you with 12 minutes of footage giving you an overview of the new console’s features, navigation and games.

Microsoft explained in their press release today: “We’re proud of our Xbox One games line-up. And we’re proud of the innovative features we’re delivering to make gaming great on Xbox One. Today, we’re adding to the story – and sharing how Xbox One is as good at TV & entertainment as it is at gaming. Because we know gamers love both.

As we head toward Nov. 22, we’re showcasing the all-in-one capabilities of Xbox One. This is the real Xbox One in action. Corporate Vice President of Marketing and Strategy, Yusuf Mehdi, and Chief Product Officer Marc Whitten show the best of Xbox One in this new video.”

That’s great but there’s a few things not making it across the seas to the UK.

Remember that TV EPG integration thing that Microsoft was so pleased about when it launched Xbox One earlier this year?

Well, the UK won’t be getting it at launch, and speaking to TechRadar, Microsoft’s senior product manager Terry Farrell said we’ll see TV integration with Xbox One “some time in 2014,”

He added that ”We’re testing all the boxes. You can imagine how many there are in the UK. We’ve been so focused on testing all the different cable boxes around the globe for just basic passthrough. In 13 different countries — that’s a lot of TVs.”

I suppose that Microsoft hasn’t really got it easy when you consider how fragmented the UK TV scene is after years of Sky and its many hardware providers, the analogue to digital switchover, HD, SD, Virgin cable boxes and others such as Now TV and TalkTalk chipping in.

Here’s some helpful lists of haves and have nots:

The Xbox One will feature the following apps in every market:

The 13 apps that UK Xbox One owners will have access to:

You might notice there are quite a few high-profile apps that are currently supported on the Xbox 360 console that are missing from that list.

Apparently the Beeb is currently working on getting iPlayer sorted but there’s been no word as yet on Sky and ITV.

Microsoft has said that all apps on the Xbox 360 will continue to be supported.

“We set out to make Xbox One the all-in-one games and entertainment hub for your home. The one system that offers the best games next to the best entertainment experiences and apps,” said Marc Whitten, Xbox Chief Product Officer. “Along with offering a stellar app portfolio from around the world, Xbox One takes the next step by offering them in a way that is seamless and easy to use.”

To re-cap the new Microsoft Xbox One games and entertainment console is powered by a customised AMD Jaguar 8 core processor and is equipped with a graphics processor that is tailored for Direct X 11 graphics, combined with 32MB of high bandwidth embedded ESRAM. Which in itself is supported by 8GB of RAM that when combined offer support for full HD video in 1080p and the new Ultra HD 4k video standard and full 7.1 surround sound support.