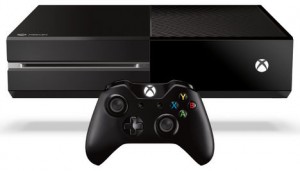 With news that most gamers where quite underwhelmed by the Xbox One Reveal, the fact that the new Xbox supports Ultra HD gaming might drag back the interest.

There has already been word that the PS4 will support 4K viewing but it looks like the news that Microsoft’s new Xbox One will have the skills for Ultra HD gaming might bring the fight back to the PlayStation.

This vital piece of information didn’t share the spotlight during the huge presentation earlier this week, however, after the Reveal event, it was shown on the down-low.

Forbes’ Matt Hickey put the question out there after seeing the new console demos on regular 1080p HD sets.

When asked if the Xbox One would offer 4K gaming, Microsoft’s marketing head Yusuf Mehdi said, “The video and interface portions, absolutely.”

This should also help catapult the sales and aid the success of Ultra HD TVs.

This will, no doubt, give game developers enough scope to pump up their volumes with more detailed features.