Xbox One now official – here’s the specs and the details 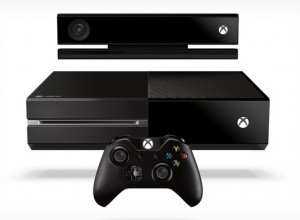 Microsoft has just finished unveiling the new Xbox, and it’s called Xbox One – not 720 or Infinity.

The Xbox One is Microsoft’s first new console in more than seven years. After Nintendo showed its hand with the Wii U and Sony has still to show us their hardware, although we’ve been treated to a glimpse recently, the new gamer from Microsoft has a lot to live up to.

Here’s what was announced at Microsoft’s event in Redmond.

The Xbox One is large, sleek, black, and looks a little bit like a Freeview box to me, if I’m honest. The good thing is that it will not look out of place under your TV.

The controller and Kinect unit have been redesigned, too.

Xbox promises that this is a better-connected way of linking TV, games, and entertainment in one unit – so a progression from the Xbox 360 with the beatuy of voice commands such as “Xbox On.”

Microsoft promises that you’re “going to have a relationship with your TV.” The next Xbox tries to take on a living room that has become “too complex,” and make a system that knits games, TV and entertainment.

Voice commands let you navigate the system, with options to control live TV. A new Instant Switching feature lets you move between applications and live TV streams instantly. Microsoft has also built in a number of new gestures with Kinect, allowing players to navigate and close applications.

Snap Mode follows a similar path to Windows 8, allowing Xbox One owners to run multiple apps alongside each other. Microsoft demonstrated a method where an app, like Internet Explorer, can run side-by-side while a movie plays.

There are universal gestures such as grab and pan and swipe up: watching live TV will involve maximising and minimising the screen in a top corner.

The Xbox One knits together new voice commands to do some PC-like stuff: order movie tickets, for instance, engage in Skype, or pull up fantasy sports stats while watching a game.

The system-on-a-chip is made by AMD and Microsoft designed its own HDD in-house. box One architecture has “three operating systems in one”: Xbox, a kernel of Windows (perhaps like Windows RT), and a multitasking interface. The idea seems to be that this console will be a multitasker.

The system also utilises a Blu-ray drive, USB 3.0, and built-in 802.11n Wi-Fi for gaming and entertainment.

Besides all of this, Microsoft is promising a new operating system fusing Xbox and Windows.

A new Kinect comes with the Xbox One, with improved accuracy. There’s a 1080p camera, Skype connectivity, and understanding of rotational movement in a structure like skeleton. It can also recognise your controller, not just your hands – suggesting that the system uses cases that sound a little like the PlayStation Move’s wand. Oh, and it will read your heartbeat while you exercise. 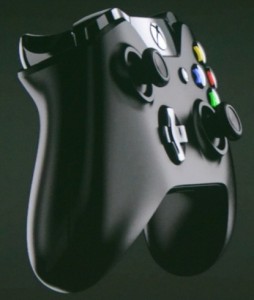 The Xbox controller’s gotten a revamp with 40 design changes and impulse triggers that let you feel the feedback directly in the triggers themselves. An integrated battery, improved ergonomics, and a better d-pad are all present.

The tablet-based SmartGlass experience will be around on Xbox One and allow owners to control the Xbox One with smartphones and tablets. Xbox One also includes a Game DVR feature that captures gameplay and allows you to share videos over Xbox Live and elsewhere.

Built on the existing service and user names, the new Xbox Live promises a huge 300,000 servers for Xbox One. Matchmaking services will work while doing other tasks like watching movies or web-browsing, and bigger, faster-connecting matches are promised, too. 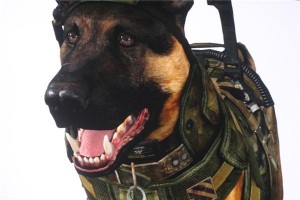 Microsoft plans 8 new franchises for the Xbox One in the first year, a hopeful sign for a platform that’s become too sequel-dependent.

Forza 5 was shown off, and we saw Quantum Break which was part TV show and part game from the developers of Alan Wake. It really looks like the sort of game we’re more used to seeing from PlayStation: a big-studio design and cinematic feel.

The only actual gameplay came thanks to Call of Duty: Ghosts which looked quite impressive with great rendering of skin down to the hairs on arms, bruises and dirt under finger nails. The cananine star features a tattooed ear and a scar on his nose. You can even follow your faithful friend as it tweets @collarduty.

“Xbox is going to be the next water cooler.” That was said during the Xbox event to discuss the Xbox One’s role as a social TV platform.

That  was a lead in to the announcement  that Microsoft is developing TV shows and original programming for the Xbox One, making a greater leap into Netflix-like programming.

Steven Spielberg announced a new Halo TV series, and the NFL demonstrated some level of interaction with live stats updating your fantasy football teams and Skyping your buddies to taunt them during NFL broadcasts.

The Xbox One will be available “later this year,” so that means 2013 after all.

Price and a specific date will have to wait til part two at E3, which is mere weeks away.