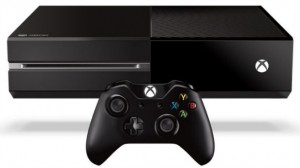 Microsoft has gone from Xbox One to Xbox 180 with its latest U-turn on its online policies for the new console and have annoucend that it won’t need to be connected to the Internet. You’ll also be able to swap, lend and sell games just as you can with the Xbox 360.

It took a huge backlash for Microsoft to sit-up and listen, but listen the have. Whether it’s because we all matter to Microsoft as important individuals or because they could see a load of money going to Sony and their PS4, is by-the-by. What is important is that they’ve changed. A bit.

“You told us how much you loved the flexibility you have today with games delivered on disc,”writes Xboss Don Mattrick, in a post entitled ‘Your Feedback Matters’. “The ability to lend, share, and resell these games at your discretion is of incredible importance to you. Also important to you is the freedom to play offline, for any length of time, anywhere in the world.”

Wow – he’s an actual, real life, Sherlock Holmes this one, is!

Mattrick goes on to break down what this means for his company’s new gaming machine. “An Internet connection will not be required to play offline Xbox One games. After a one-time system set-up with a new Xbox One, you can play any disc-based game without ever connecting online again. There is no 24-hour connection requirement and you can take your Xbox One anywhere you want and play your games, just like on Xbox 360.

“Trade-in, lend, resell, gift, and rent disc based games just like you do today,” Mattrick promises. “There will be no limitations to using and sharing games, it will work just as it does today on Xbox 360.

“In addition to buying a disc from a retailer, you can also download games from Xbox Live on day of release. If you choose to download your games, you will be able to play them offline just like you do today. Xbox One games will be playable on any Xbox One console — there will be no regional restrictions.”

Let’s face it. Microsoft was caught totally unprepared for the uprising against Xbox which followed Sony’s announcement at E3 that there would be no Internet connection required or restriction on used games for its PlayStation 4.

How many of you have watched Don’s response to the question of what people without reliable connections should do? Yup, the one where Mattrick suggests they buy the Xbox 360. Face, meet palm.

The decision to scrap pre-owned DRM and internet connectivity requirements comes at a price – users will no longer be able to play games without the disc in the drive and the digital sharing features previously outlined will now not be available.

But that doesn’t mean that Microsoft is intending to give up on the advanced cloud architecture that it sees as the driving force behind the next-generation of Xbox.

“While we are adding in the ability to use physical discs, we still believe in the power of a digital and cloud-powered future played out at launch and rolled out over time,” Xbox Live corporate VP Marc Whitten told Polygon. “You are going to see us invest a ton in all of the ways digital builds experiences. You have to be connected [for cloud processing to work]. All of the things that require the internet will require the console to connect. We want and expect most people to take advantage of those things, but we also want to give people the choice that they can play offline.”

However, those hoping for Microsoft making a further PR land grab by cutting the launch price of Xbox One look set for disappointment.

The Xbox One remains £80 more expensive than its Sony-made rival, largely because its always-on Kinect camera is not optional, unlike the PS4’s camera.

Whitten added about this: “On the price we feel strongly that we are delivering an immense value in gaming and entertainment. What we wanted to do was tell our complete story. We knew our complete story was partially told at the Xbox One unveil and partially told at E3. We wanted to put our story out there and show the great games we have coming. We did that and people gave us a ton of feedback.”

From what I can make out, these two consoles have roughly equal exclusive game lineups, and the hardware is pretty similar, inside and out. The main battle, apart from potential brand loyalty, is the price.

Could Microsoft be willing to admit it’s made an error there too, and make Kinect an optional extra instead of something you have to have and pay for?

The thing is, Microsoft can’t win. Whilst most gamers are happy and see the change as being a positive move on Microsoft’s part, not everyone is happy.

Cliff Bleszinski, maker of Gears of War, originally defended the Xbox One’s previous system and has been voiciferous on his opinions about the used game market predicting that “More studios WILL close and you’ll see more PC and mobile games.”

“Brace yourselves. More tacked-on multiplayer and DLC are coming,” he posted on Twitter. “You’re also about to see available microtransactions skyrocket. HATS FOR EVERYONE.”

Bleszinski did admit that many gamers didn’t want Microsoft’s system and voted with their pre-orders.

“At the end of the day many hardcore gamers dislike what was attempted. You can’t do well in that space with many of your core unhappy,” he added. “Especially when users have a choice. The nature of capitalism encourages competition and Sony played into that.”

Are you happy with Microsoft’s decision or would you have rather they had lowered the price? Is the PlayStation 4 a winner in every way or are you still going to buy an Xbox One, no matter what?

Let me know below or on the GN Facebook page.