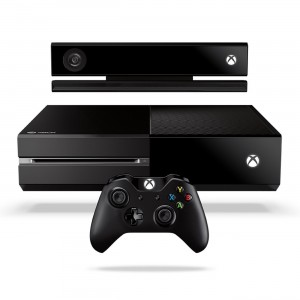 Microsoft’s Xbox One console launched in the US and some European markets last Friday, but some owners have been reporting disc drive issues. While the company tries to sort the problem out there’s a YouTube vid showing an unconventional way of fixing the dodgy drive.

Reports have come through stating that some of the new consoles are failing to read discs and make a loud knocking sound from the drive. Perhaps it’s time to knock back… more on that later.

Microsoft is aware of the issue and says it’s “affecting a very small number of Xbox One customers” worldwide.

“We’re working directly with those affected to get a replacement console to them as soon as possible through our advance exchange program,” says a Microsoft spokesperson. “Rest assured, we are taking care of our customers.”

Similar to Sony’s PlayStation 4 “blue light blight” issue, the Xbox One problems appear to be limited to a small number of devices, although Microsoft isn’t providing any percentage failure rates yet.

Microsoft is offering faulty Xbox Owners a complimentary digital download copy of one of the launch titles published by Microsoft Studios.

Xbox One owners affected by the issues can choose from Dead Rising 3, Forza Motorsport 5, Ryse: Son of Rome, or Zoo Tycoon.

The malfunctioning systems will still allow players to use digital download copies, so these particular games will work regardless of the faulty disc drives.

While Microsoft is working to replace the consoles, some gamers have discovered a potential fix for the problems. In a YouTube video published on Monday, one faulty Xbox One owner hits his console multiple times before the disc drive appears to start working again.

I am by no means recommending this ‘fix’ but, if you’re not worried about potentially voiding your warranty, then a few gentle taps might just bring it back in line.