Xbox Kinectimals Appears in Apple App Store – What Next, Halo? 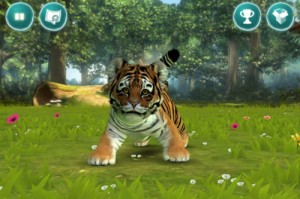 Microsoft is getting a bit cheeky – first it puts Xbox Live on the iPhone and now it has released Kinectimals for the Apple iPhone, iPod Touch and iPad.

It looks like Microsoft is really making itself at home in the Apple app store. Only a few days ago did it appear with its iDevice friendly Xbox Live app and now it has slipped a mobile version of the Xbox 360 game on there.

Kinectimals has been available on the Windows Phone Marketplace since October but those owning an Apple portable device can cart around their cute on iOS for £1.99.

You can play it as standalone game but it obviously comes in to its own if you already play the Xbox 360 game as the iOS version lets you port your existing pets to the fruity handheld device. The bonus is that you can unlock five new pets on the mobile game which you can then use on the Xbox 360 version 🙂

So, what will be the next Xbox game to make an appearance on the iPhone/iPad/iPod Touch?