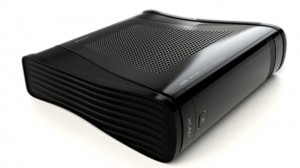 Even though Microsoft has denied any chance of their next-gen gamer, the Xbox 720, appearing this year it appears that there’s an opening for someone to work on a “AAAA console”

Microsoft announced that there will be no Xbox 720 release announcement at E3 2012 but they have posted up a new job listing for a developer to work on an “AAAA console title.” Hmmm…

Obviously, they are trying to avoid naming the console by name after the interwebs went white hot when the Big M posted a new Xbox Loop job on LinkedIn.

If you fancy a go, slip on over to Microsoft’s official recruitment page and look out for the listing for an “Executive Producer – Core Publishing”.

“Microsoft Studios (Xbox) is looking for a dynamic and seasoned executive producer to lead and develop a world-class team who will own the creation and delivery of a AAAA experience that delivers on first party goals and, more importantly, creates a fun gaming experience for our audience,” the job listing states.

Even though the Xbox 360 remains a firm favourite with console gamers, a decade after Microsoft unveiled the first Xbox a number of rumours have pointed to release its third-generation console, the heavily rumoured Xbox 720, later this year at E3 2012.

Most hoped that the Xbox 720 would appear shoulder-to-shoulder and toe-to-toe with Sony’s PS4.

The Xbox 720 is said to pack  a processor six times faster than its predecessor and be kitted out with a tablet controller not unlike the Nintendo Wii U.

With the next-gen console to hit stores with a price point considerably lower than previous console introductions, the Xbox 720 has been rumoured to be heading to launch without a physical drive – instead opting for downloads or some variety of SSD media.