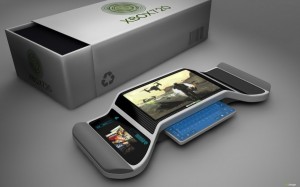 Game developer studios Bungie and Activision have let slip details regarding the release date for the Xbox 720, after a contract between both parties relating to a new game title was leaked.

Developers of hit titles Halo and Call of Duty, Bungie and Activision, have leaked the upcoming Xbox 720 release plans with a contract between the two companies hinting at a 2013 release for Microsoft’s next-generation games console.

As they were sorting out details for Bungie’s eagerly awaited next-generation title, a contract between the two gaming powerhouses has suggested the upcoming MMO title ‘Destiny’ will launch next autumn.

The main point of interest is that this release is to be made compatible with the Xbox 360 and the as yet unconfirmed Xbox 720.

The contract between Activision and Bungie hints at a pre-Christmas 2013 release for the Xbox 360 follow-on. I’m expecting ‘Destiny’ to be one of the launch titles for Microsoft’s Nintendo Wii U rival whose new look controller was leaked earlier this week.

The contract reads: “As described in the Native Release Plan, Destiny Game #1, along with any related DLC Releases as well as Comet #1, shall be initially developed by Licensor to operate on and be compatible with the Microsoft Xbox 360 video game console (“Xbox 360”) and the next successor console platform released by Microsoft configured for both the NTSC and PAL television/video system standards (“Xbox 720”),”

This shows that Microsoft’s next-gen console should have been launched by then, so we could be looking at a mid-2013 release for the console, which also adds to the rumors of Microsoft possibly announcing the console at E3 this year.

If it does appear at E3 we’ll soon get to see if the 720 will be a download only console or not.