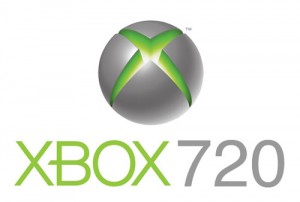 Now, we’ve all probably seen the Xbox 720 adverts as well as read the leaked details via LinkedIn job specs and even a glimpse of the 720’s design but now the next generation Microsoft gaming console has a codename…

Microsoft was never what you’d call a ‘trendy’ outfit but when the Xbox 360 dropped six years ago with the promise of serious gaming, the PlayStation faithful started to look over the wall and then, with the advent of the Kinect, causal gamers started to move over from the Nintendo Wii camp.

According to the aptly named MS Nerd the next-gen Xbox will be “far smaller”, cheaper and very Kinect-focused when it arrives next year.

The gadgety geek also says that the Xbox 720 – sorry, the Loop – will feature a modified Windows 9 core, featuring a custom-made ARM-based processor and dedicated cores for graphics, AI, physics, sound, networking, encryption and sensors. It’s also rumoured to use a Zune HD-esque hardware platform and feature some form of Windows phone integration.

So – will the Loop land next year or are the rumours that Microsoft are still in the early stages with the 720 true? The latter would mean that a 2013 release would be more plausible but hey – this is the world of tech 😉