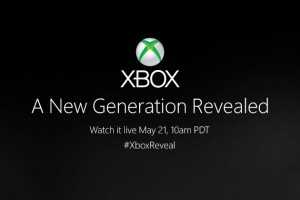 Microsoft is holding a press event in less than eight hours where they will finally unveil their new Xbox console, currently called Xbox 720 by everyone.

Microsoft’s Major Nelson has revealed that the new Xbox console will be revealed over two events, the first one takes place today.

Microsoft’s Aaron Greenberg stated, in the latest Major Nelson podcast, “The best way I can describe it is: We’re really going to tell one story across two events,” continuing “So we’re going to start on the 21st [of May]; and really that’s about revealing the next Xbox platform and our vision for the future of games, the future of entertainment.”

In the meantime, EA have confirmed that FIFA 14 will be shown off for the first time running on next-gen hardware tonight. The press were first shown the game last month, but it was never divulged what machine the game was running on.

DICE has also said that “big announcements” are due today for Battlefield 4 – presumably at Microsoft’s event.

EA’s involvement in the next gen Xbox unveiling is particularly interesting as it seemed BFFs with Sony towards the end of the last generation. EA regularly used PS3 hardware at press briefings and plenty of EA titles offered either exclusive content or timed exclusivity of content on Sony’s machine.

Activision’s Call of Duty: Ghosts will also feature heavily tonight. Word has it that MCVuk.com will have something special for you at around 7pm tonight if you’re a COD fan 😉

Siliconera has spotted a Microsoft trademark application for Forza Vista. Will this be the racer used for the new Xbox launch? You know there has to be at least one, right?

More rumours and such will be posted as I get it 🙂