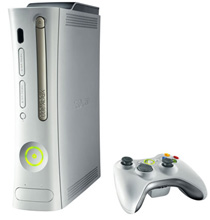 Recently voted most desired console, nay, present this Christmas Microsoft has kept a major failing under its hat.

Whilst the big M has said that their Xbox 360 was capable of scratching discs andÂ offered aÂ fairly limited exchange program for damaged games there seems to be documentation that proves that Microsoft has known about the problem since the 360 was released!

According to The Seattle Post-Intelligencer, Microsoft first discovered the problem in September or October of 2005 – they evenÂ sent a “team of engineers” to stores across the US to determine the best course of action.

It sounds likeÂ they came up with three options, two impractical non-starters, which left the expensive actionÂ of installing small bumpers in each and every console.

These unsealedÂ documents apparently also revealed that some Microsoft employees thought that the warning labels on the console weren’t enough, and that the company has received complaints about the problem from more than 55,000 customers as of April 30th of this year!

There’s no word of any movement just yet in theses lawsuits but one, filed back in July of 2007, is seeking class-action status on behalf of everyone that’s bought an Xbox 360.