Would I Buy Apple iPad 2 or the Original iPad? GadgetyNews Recommendation 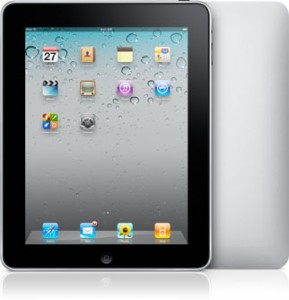 OK, I’ve been asked by a number of people if I would buy or at least recommend the latest edition of Apple’s iPad.

iPad 2 does look lovely and has those new dual camera’s â – even though the usability of the main rear camera is up for debate.

For those that having the latest thing isn’t a main priority and the fact that the original iPad has had at least £100 shaved off its price it’s time to take a closer look at which one I’d plump for.

The original iPad has shifted 15 million units – not only does that show that people love the iPad it’s also too many people for Apple to ignore!

This is great news as Apple will undoubtedly continue to support those first iPads for at least another year or so. This is also backed up if you look at how Apple treats its iPhone owners. When the iPhone 4 came along, the 3GS became the entry iPhone and this role will be taken over by the iPhone 4 when the iPhone 5 launches in June.

The first generation iPad was the most powerful iThing out there until iPad 2 was released. Before you reply “well, duh!” it is worth pointing out as things like this are easily forgotten. Everyone knows how good the iPhone 4 is but the iPad was better and still is more powerful – you can’t class this slab of Apple as being obsolete. Remember, that every app built for the very popular iPhone 4 will run on the original iPad and probably better.

Oooo! but the iPad 2 can do more! Well, not really. Ignore the addition of those cameras and, functionally, both fruity tabs are pretty much identical. The screens are the same and that new iOS 4.3 and the benefits there in will also get squirted across to the original iPad. The main difference is the processor but then I know people that bought the 3GS and compared it with the 3G and saw very minor differences in performance in their everyday usage. Will the difference between iPad and iPad 2 be worth £100?

Having a pair of cameras is all well and good but the one on the iPad 2s rear has been put in the same bracket as the one on the iPod Touch so you’re not really going to be taking great shots. FaceTime may be a useful addition but I still maintain that those cameras are not going to get the same use as the ones on your iPhone.

iPad 2 does look great as does iPhone 4 but in Apple’s redesign there has been a lot of comments regarding the ergonomics of the flatter, sharper, squarer shape of both flagship models. The iPhone 3 and 3GS felt so comfortable to hold, as does the curvy original iPad. This is, of course, a matter of preference but it might be worth having a grope of both models (so to speak) whilst checking out the price 🙂

For me the original iPad is making the most sense already if you are a casual user and will be using the Apple tablet on your commute, in cafes and for checking email and browsing the interwebs when out-and-about but there is one more thing.

How about an extra £100 in your pocket? As soon as the iPad 2 was announced, the original iPad was made between £100 and £120 more attractive. The 16GB entry model dropped to a very palatable £329. When you start to look the original iPad as a premium post-PC device with all the support you get from Apple for just over £300.

All in all I’d say if you’re looking for a good, reliable and useful tablet then the original iPad is still hard to beat – let’s face it, other manufacturers are still using it as their benchmark.

If you’ve already got an original iPad and are thinking about taking the plunge to  ‘upgrade’ I’d suggest you get your reimbursement from Apple and hang on for the iPad 3 as that’s the one to make a song and dance about. Remember the slight step-up between iPhone 3G and 3GS? It’s looking like Apple may be doing the same with iPad and iPad 2 so iPad 3 will be a similar leap as seen between iPhone 3GS and iPhone 4 😉

Let me know if you’re opting for an iPad 2 and if you’re upgrading from the original iPad and why. I’d be really interested to know your thoughts 🙂