Wipeout 2048: one of the hardest Vita platinums – interview with MoloTonyMX 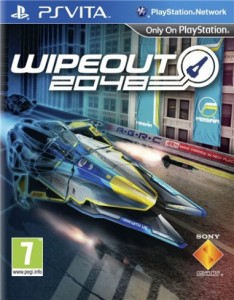 Wipeout 2048 is considered one of the hardest games to platinum on the PS Vita. Racing is set in the near future and takes place much earlier in the Wipeout timeline. As such, dedicated racing tracks are yet to be built, so races take place in city streets which are an interpretation of New York City in the near future. Tracks are also wider than previous entries, which really suits the Vita.

Being an extreme game to Platinum on the PS Vita we caught up with elite specialist and trophy platinum gamer MoloTonyMX. The Mexican speed king gave us an insight on how to grab that last trophy you might be struggling with:

What Vita games are you playing right now?

I’m playing and trying to platinum LBP, also I recently bought Twisted Metal 2 and Medal of Honour Underground (both PS1 games) so I’ve been playing them too.

Are there any games in Mexico that are more popular than in the US or UK?

Not really, we don’t get much variety, in the city where I live (Chihuahua) we have only one big videogame store so we basically get the games that are popular in the US.

What made you buy the PS Vita? There are so many PS3 gamers that don’t have both!

I had a PSP and I loved it! So when the Vita came out it was like a dream having the opportunity to play games like Wipeout and LBP and not just a watered down version of them (still those were great games on the psp!).

Which Wipeout did you first start playing: PS1, PSP or PS3?

I started with Wipeout Pure on the PSP.

We were blown away with the Vita version when the game came out, were you?

Yeah! It’s as impressive as the PS3 Wipeout.

What do you think of the Vita version compared to the PS3 one?

I think it’s impressive that both look almost the same, I think the PS3 version was even harder and the PS3 had more teams, though I really like Triakis so it’s sad that it wasn’t on the Vita.

Looking at PSN Profiles, Wipeout 2048 is an extremely hard game to Platinum. Which were the hardest trophies to get, can you name them, and how long they took?

Multiplayer completist was the hardest one for me because it took me a really long time to get and some of the objectives are really hard!

Elite completist was pretty hard too. The speed thrills one is really hard! You will have to be very patient and try a lot to get this one, when doing an A+ challenge you should always go for defensive weapons, offensive weapons will not be very useful and use a ship that you are really comfortable with.

Which was the least enjoyable trophy to get?

The unlucky 7, that trophy really got me stressed, for everyone that still needs to get it the best method is to get the Qirex prototype and do the first race where weapons are disabled so the enemies won’t heal and try and kill them all before anyone finishes the race.

Is Wipeout 2048 the hardest platinum you have got?

I have 8 platinum’s and I can easily say that Wipeout 2048 was the hardest to get!

When you got the game did you say ‘right I’m going to platinum this’, or did you just love the game so much that you kept going towards the platinum?

Well after I finished the single player campaign I really wanted to keep playing because I loved the game, so that’s when I decided to platinum it.

With some games, like Sound Shapes for example, there is a small amount of luck in getting some trophies, but that’s not the case with Wipeout. Which trophies should be left until last to get?

What was the last trophy you needed to get the platinum?

Multiplayer completist, it requires a lot of time and patience.

You’re super-fast on the time trial laps, which ship do you use for these?

I usually use speed class Piranha but in Empire Climb and Unity square I use the Feisar Prototype.

On the Zone challenges you blasted through them.  Again what ship is best to use?

What’s the next game on your list to Platinum?

LBP Vita or Ratchet & Clank: A Crack in Time.

Hahaha I don’t have a favourite, I love all the food here in my country!

Huge thanks to MoloTonyMX for taking the time out to answer our questions, and to everyone else…see you on the track!!