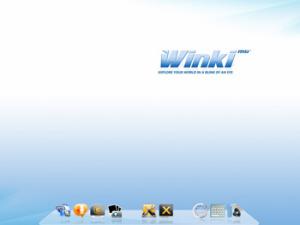 MSI have announced a new internet device called, of all things,Â MSI Winki.

I would say that we’d get used to the name but, lets face it, playing with someone’sÂ Wii still cracks a smile.

MSI says thatÂ the Winki is a new internet interactive device without an operating system.

The Winki seems to be based on the good ol’ Linux OS.

As well as thatÂ Linux base MSI has all installations and settings simplified (!?!)Â and made more straightforward.Â Â

MSI states that the MSI Winki starts up faster, uses less power, and will not have problems caused by virii like other full OS devices.

MSI only published screen shots of the Winki User interfaceÂ so we still have to wait for pics and hardware details of the actual Winki device.