Windows 8 Tablets to Appear in June 2011 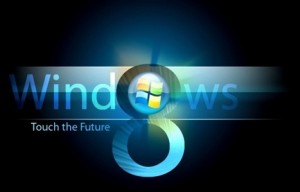 With the countdown this evening’s Apple announcement (6pm GMT) nearing the zero hour it seems only fair to mention other developments in the tablet world.

Yesterday the UK price for the Motorola XOOM was revealed so things are hotting up for Honeycomb but what about Windows 7 tablets? If your response is more ‘meh’ than ‘yeah!’ howabout a Windows 8 tablet?

How about a Windows 8 tablet to be released in a few months?

Well, this is the word on the street. Apparently Microsoft is keen to show off some tablets strutting about with Windows 8 working before the end of its fiscal year – this June.

With Computex 2011 taking place in the first week of June, and Microsoft having history of a tablet demos at the Taipei event… you thinking what I’m thinking?

The Windows 8 demo will show the world Microsoft’s “Apple-like” interface as well aspects taken from the Metro Windows Phone 7 UI and “Milestone 3” of the Windows 8 development process. The Windows 8 tablets will also have some natty Windows Media Centre features.

Thing is, even if Windows 8 gets a tablet outing this year don’t raise your hopes of buying a device before next year.

There has been a leaked Dell roadmap that actually mentioned a Windows 8 device, codenamed Peju, scheduled for January 2012. So – expect more news on the run up to CES 2012 😉