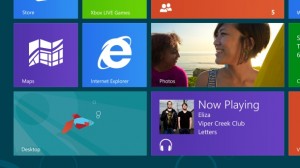 Windows 8 is almost ready my gadgety faithful! In fact, the Windows 8 RTM software is ready to go out to manufacturers in preparation of its October public launch.

All of the internal testing and development has been completed which means that build 9200.16384.win8_rtm.120725-1247 has been stamped as being Windows 8 RTM – or Release To Manufacturers.

The RTM designation means the software code will be handed out to hardware manufacturers and companies that use Windows 8 across their business.

Companies that build laptops, computers and tablets powered by Windows 8 will get the RTM software first. This list includes the likes of Acer, Asus, Dell, HP, Lenovo, Samsung and Toshiba.

Not forgetting that Microsoft will also be launching its own tablet, the Microsoft Surface, on October 26.

A fortnight after the hardware makers get their hands on the software, organisations that use Windows across their business or institution will start to get the code so IT teams can test the software with their existing systems. Microsoft says it will continue to monitor feedback just in case any bugs decide to show themselves at this stage.

From August 15 is when app developers can start to play with Windows RTM in order to finalise their apps and submit them to the Windows App Store. At the moment, apps built with the release preview are currently available.

Windows 8 has a brand-new interface which is based on Microsoft’s Metro aesthetic. The operating system features coloured squares or tiles. The touchscreen-friendly large coloured squares that launch apps should work well on tablets and Microsoft is hoping that those without touchy-feely monitors will love it too.

Saying that though, Microsoft has produced the Wedge and Sculpt range of mice and keyboards built especially for use with tablets.

This week Microsoft has already paved the way for a new generation of apps by showing off Office 2013 and killing Hotmail, replacing it with Outlook.com. The latter has had some major teething problems, especially for those wanting to use the new webmail address on Windows Phones.