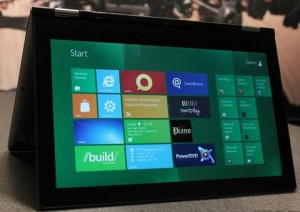 Word is that Microsoft will finish working on Windows 8 this summer and have a release date in their sights for the new tile-based OS.

Latest reports have stated that Microsoft should have Windows 8 all fettled and ready for release in October.

The first set of PCs and tablet devices running Windows 8 will include both Intel and ARM-powered offerings, although the initial smattering of five ARM devices will be greatly outnumbered by the forty or so Intel ones.

This follows on from the public beta release of the latest Windows operating system.

If this all works out to be true then it certainly looks as though Microsoft is preparing to step up against the new Apple iPad 3 with the likes of Nokia’s confirmed Win 8 tablet in the battle of the Christmas lists!

Saying that though, Kirill Tatarinov, the head of Microsoft’s ERP division, got in to a spot of bother at Convergence 2012 when his touchscreen tablet, which was running a demo of the Windows 8 Metro UI, crashed yesterday.

Will the Android Jellybean and Windows 8 tablets have enough about them to get the new iPad in a festive pincer movement?