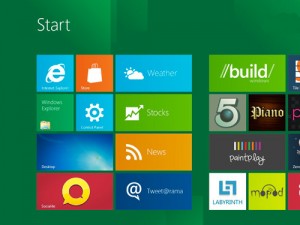 As predicted, Microsoft has gone official with the announcement that the public beta version of Windows 8 will be coming to a PC very soon. When? Well, read on.

Without being too smug – I was right. The latest Windows operating system will be hitting PCs in February.

As you would expect with a public beta the version landing in February will be a much more polished example than the one dished out as a ‘developer preview’. It will also mark the launch of the Windows 8 app store.

The Windows 8 app store will feature a Bing-indexed catalogue and will be navigated using the now familiar Metro UI which plays equally well with mouse pointer or fleshy digit.

The the app store will offer games and other digital content from the get-go and so will make the whole Windows 8 public experience a lot more pleasant and give the users more of an idea as to what they can expect from the launch.

When will the full launch happen? I’m still thinking November 2012 😉