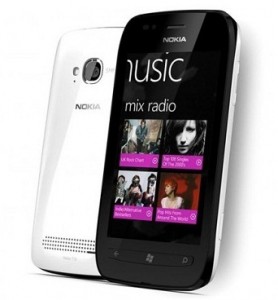 Microsoft is getting ready to show off it’s successor to Mango – Windows Phone Tango. Here are some sneaky advanced screen shots

The screenshots of Windows Phone 7.6 Tango have leaked and shows off some of the new mobile operating systems new features.

Windows Phone Tango comes with its own native voice recording app as well as the ability to add multiple attachments to a single MMS message. That is a defintely a move forward 🙂

WinPho 7.6 also gives you the ability to automatically download and update apps via Zune, as well as manage your roaming settings.

The big update that everyone is waiting for is the Olympian-named Apollo but Tango will be opening up to users of budget devices.

Tango’s requirements have been lowered to 256MB RAM instead of the current 384MB as well as adding support for 3MP cameras instead of the existing 5MP minimum spec. That’s nice of them isn’t it?

If you are using a phone with 256MB RAM Tango will work, it might grumble in places and will let you know about it via notifications.

You may even find that some applications won’t install and 3rd party Live Tiles won’t automatically update.

Other niggles will be that you won’t be able to manage podcasts on your Windows Phone, and don’t even think about streaming videos larger than 4MB.

Tango will allow you to export contacts to your SIM card and manage your contacts directly from there.

Microsoft is expected to reveal more details of Tango – and possibly its successor, Apollo – at Mobile World Congress later this month.

I’ll let you know more as soon as I do!