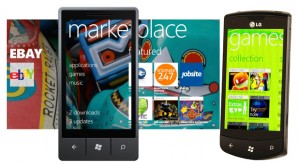 If you recall, I was very impressed with the new version of Windows Phone 7 which is named Mango. There’s many of you waiting for those Mango-packing phones to hit the shelves but, if you are already rocking a Windows Phone 7 handset then I have some good news for you.

Instead of chopping in your 1 year old or less Windows Phone 7 blower in order to get the latest and greatest you will be able to update to Mango “in the next week or two” – according to Microsoft.

It wont just appear automagically though. All you’ll have to do is install the correct software on to your computer and then it’ll squirt it over to your phone. Yeah, it’s the old skool way of updating, I know.

Don’t try grabbing unofficial or leaked copies though. That’s the warning from Eric Hautala, GM for Windows Phone, on the Windows Team Blog. He pointed out that the recently updated versions of the software you’ll need (Windows Phone 7 Connector for Mac, or Zune Software for PCs) is waiting for you.

The excitement around Mango is that this will be the first major update to Microsoft’s latest mobile OS – and the big M is adding more than 500 new features including multi-tasking, friend-focused messages so you can see texts, IMs, emails and social network posts from the same person in one place and a combined inbox which merges all your email accounts.

Rather sweetly, all your Windows Phone apps will probably run on the super-fast booting Windows 8, Microsoft’s new desktop OS which also is equipped with the same tile-based user interface.

It would be very cool if the desktop version could even let you make phone calls!

Are you excited? Will you be updating or even be looking to upgrade your current handset to a new Windows 7 Phone?