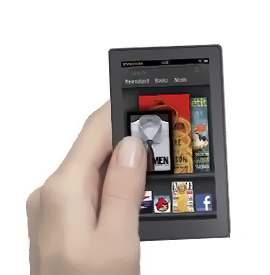 Things are hotting up in the Amazon Kindle Phone rumour-mill! After last weeks hints, former Windows Phone Director Robert Williams, has joined the ranks of Amazon as head of the App Store.

His expertise will undoubtedly come in very handy if the online shopping giant does release a mobile device to join the ranks of the Kindle Fire and rumoured Kindle Fire 2.

Williams lists his new role as Amazon’s App Store director in his LinkedIn profile and a tweet reveals he’s still using a Windows Phone to check in at his new employers headquarters in Seattle.

Could this just be a coincidence? It does seem like there may just be the slightest whiff of a  4-5inch Foxconn-cobbled Kindle Amozone on its way.