Windows Phone is deceased, no more, an ex-OS

Windows Phone looked to be a contender in the arena, taking on Android and iOS when it bounced on to the scene five years ago. Things have changed for the big M, and not for the better.

Microsoft brought in its range of Windows Phone 7 handsets as a true alternative to Apple and Android and I have a few friends that bought in to it and really enjoyed their handsets and how they seamlessly integrated with their PCs. But, alas, it is time for Microsoft to admit that this was an experiment that failed.

Let’s face it, there has never been a glittering array of devices to choose from but the final kick in the teeth has come with the latest figures.

Microsoft only managed to sell 4.5 million Lumia devices in the recent quarter, compared to 10.5 million at the same time last year. That’s a massive 57% drop. Even a 57% increase wouldn’t be enough to save Windows Phone right now.

Microsoft and Nokia have sold a total of 110 million Windows Phones compared to 4.5 billion iOS and Android phones in the same period.

IDC reports that 400 million phones were sold in the recent quarter – this means that only 1.1% of them were Lumia Windows Phones! This is hardly a surprising figure, especially with the rise in popularity of Android-based phones coming in from Huawei, Oppo, Honor, and Xiaomi.

Although, there have been some decent Lumia Windows phones and some packing the PureView camera tech, but the Lumia 950 and Lumia 950 XL were both a bit half-baked and were loaded with unfinished Windows 10 Mobile software.

With Lumia sales on the decline and Microsoft’s plan to not produce a large amount of handsets it certainly looks like the inevitable is happening. 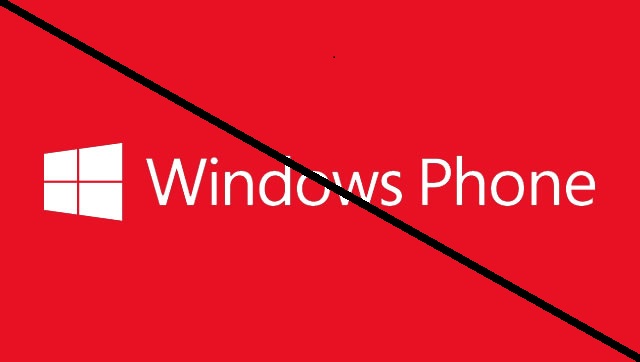 There are rumors that Microsoft is developing a Surface Phone but, at the moment, they are just that. Rumours. Until there is firm word regarding this currently vapour-ware device, we can only guess what form such a handset would take.

What is based in hard fact, however, is that Windows Phone has been loosing ground for quite a while now and its apps situation is getting worse. Couple that with a lack of hardware, lack of sales, and less than 2% market share, it’s time to bow out now Windows Phone.