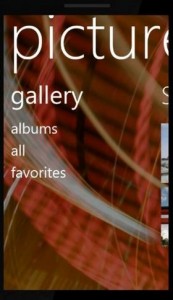 If you are one of the many mere mortals that hasn’t been given the chance to grope Microsoft’s new mobile OS then you might find the video below of interest.

Microsoft’s Windows Phone 7 Series emulator, that allows developers to have a play with the new mobile operating system and is due out later this year, has been unlocked.

TechAU has captured two 10 hour vid clips of the ‘jailbroken’ OS which demonstrates everything from opening and typing in an office document to setting an alarm.