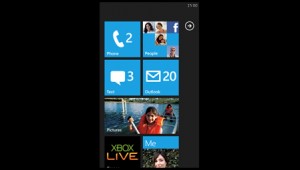 More news from the Mix10 developer conference – and this may wipe the smugness from the new Microsoft Phone brigade after flashing the gaming possibilities the other day!

Before I get a load of angry emails the operating system will kinda support multi-tasking in as much as retrieving Web pages and email in the background or playing music via the built-in Zune player while you’re using another app, or check your calendar while you’re making a call.

No such luck if you’re using a app that uses its own technology because when you load another app it’ll shut down the first one.

Now, you shouldn’t miss cut and paste as the ‘smart linking’ feature will take care of copying and pasting email addresses and phone numbers. Hmmmm….. on my iPhone I tend to use it for more than that and, judging by the fact that after everyone complained til we got it, so does many other people.

Because there’s no support for microSD cards or anything like them this should suggest that Microsoft are also following the iPhone’s lead with decent internal storage – at least 8GB. Any less than that would be pointless I reckon.

I think that these decisions are more than a little odd given that Apple has had to run down this line of development already. It does rather look like Microsoft is quite happy to re-invent the wheel only to appear at the same point as Apple did a couple of years ago.