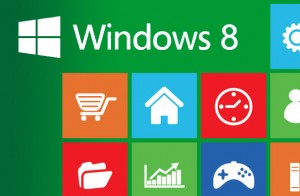 Windows 8 has an official launch date so that means we also know when to expect the Microsoft Surface tablet!

Microsoft’s next operating system will land on October 26th – which is very nicely placed in time for Christmas.

So, with the new OS you can expect a bunch of new PCs and tablets powered by the Metro-tiled Win 8 – including Microsoft’s own Surface tablet and perhaps a special new keyboard.

Microsoft’s Steven Sinofsky made the announcement at the company’s annual sales meeting, and a few minutes later it was posted on its official blog.

Microsoft has a lot staked on Windows 8. So much so, the big M apparently took a look at what its partners have come up with and decided to cobble its own tablet in the shape of the Surface – way to motivate the team, Microsoft!

Looking at the previews, Windows 8 does seem to be another bound in the right direction for Microsoft. It has a cleaner look than Windows 7 thanks to dropping the reflections and chrome-plating in favour of a lean, stripped-back look.

As well as the standard desktop version, there’s a version optimised for tablets; it features the tile-based Metro UI, that’s not a million miles away from the Windows Phone interface.

Will you be upgrading? Let me know 🙂