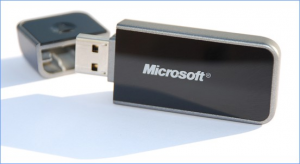 Microsoft is taking the confusion out of upgrading your PC’s operating system – to get Windows 8 all you have to do is shove in a USB stick.

Microsoft has used its WorldWide Partner Conference 2012 (WWPC 2012) for a full show and tell about its Windows 8 To Go stick.

The clever little flash drive enables you to save your Windows 8 desktop onto the memory stick allowing you to upload it all to a computer still running the old stuff.

The USB drive has a capacity of 32GB so its not going to take everything with you but, for people who use multiple devices, Windows To Go could prove extremely useful to help spread the Windows 8 love. The important stuff such as operating system, personal files and folders will be catered for.

Microsoft has already mentioned Windows To Go before and explained how businesses in particular would benefit from the service, as they would simply be able to issue employees with USB sticks rather than having to upgrade individual laptops and computers – that’s if the employees are allowed access to their USB slots 😉