Another Win Against Online Counterfeiters 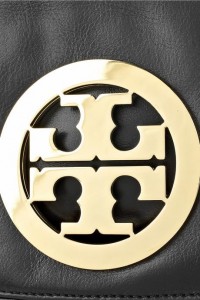 Being stung by buying fakes over the interwebs is obviously something that people such as myself risk when bargain hunting on bidding sites – but there has been another major development which might make our foraging more fake-free.


Womenâ€™s clothing designer Tory Burch has been awarded $164 million in damages from online counterfeiters that have been selling copies of her shoes, bags and clothing online.

This is huge business news as this is the largest wad of cash ever awarded to a fashion designer for damages from online counterfeiters.

If you recall, back in 2008, e-Bay itself had to cough up $61 million to Louis Vuitton. The purveyor of fine goods, LVMH, challenged them by saying that 90% of the Louis Vuitton bags and Dior perfumes sold on the site were fakes.

Tory Burch filed the lawsuit at the end of last year alleging trademark counterfeiting and cybersquatting by a group of counterfeiters who had set up hundreds of websites selling fake Tory Burch goods.

As well as the massive amount of moolah the court ordered that 232 domain names that were being to used to sell counterfeit Tory Burch products be permanently disabled and turned over to Tory Burch.

Polo Ralph Lauren and The North Face also successfully challenged a ring of 130 Chinese cybersquatters. The two brands were awarded $78 million as well as the ability to collect money from payment services that were used on the sites, like PayPal.

These huge payments for damages will no doubt set a precedent in future rulings against online counterfeiters. This will make online payment companies such as PayPal more than a little nervous as they are also being held accountable.

It’s a enourmous wake-up call for conterfeiters but also for the online entities that are, in essence, fencing the fake wares.

Do you think it fair for these sites to be hit with such charges? Does places such as Cash Converters get similar treatment?