Will The Real Slim Xbox Please Stand Up 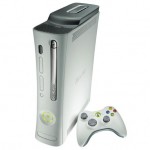 Ok, there’s been more than a couple of rumours flying around about the new lithe Xbox 360.

Couple that with the fact that there has been no official confirmation of any such device and so this news should be treated with your usual dose of scepticism.

This time though, the rumour has been credited to a proper Microsoft source, Microsoft India’s Retail Services Manager, Rahul Datta. According to this site, Mr Datta let slip that an announcement about the Xbox 360 Slim could be expected in December.Â  Ooopsy!

That was closely followed by a PR rep pouncing to undo the exec’s loose-lipped utterings.

He cooly stated that he had simply pointed out that the business is evolving and that there may be some kind of announcement (not necessarily related to this strange Xbox 360 Slim that everyone keeps on about) which might be made in a few months. Maybe. Perhaps. Kinda.

Sounds pretty promising, and Microsoft would want to keep a tight lid on such news when there’s the important business of Christmas to contend with.