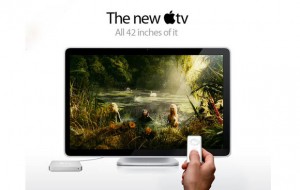 It’s been a while since I’ve mentioned the Apple flatscreen telly, or the iTV or perhaps you prefer Apple Panel. So, after having a poke around, and with the help of the research team over at MyVoucherCodes.co.uk, here’s a list of what we could expect from such a gadget.

We all know how loyal the Apple consumer can be. The release of any new product is met with unprecedented demand and enthusiasm. Taking this on-board, chances are, people will be more willing to make the leap and purchase an Apple television than perhaps 3D or 4K sets – even if it does mean a whole load more expense. I just wonder if it will come in white… 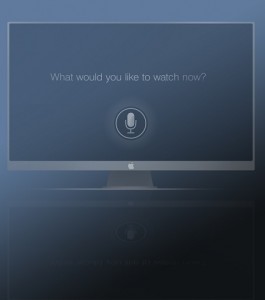 This is the main user interface of the future Apple TV. Whether you love or hate her all-knowing tone, it’s undeniable that this type of voice recognition technology adds an impressive element to the smartphone user experience. Rather than seeing a complicated list of channels, you see Siri asking you what you’d like to watch. When the TV is asking you what you’d like to watch, the remote control is asking the same thing. They work in unison together. Alongside hover boards and robots cooking the dinner, you might be inclined to scoff – but in reality, the idea does appear to have legs. After all, we know for a fact that this technology is improving all the time, and with Apple claiming the current version of Siri is still only in the testing phase, it seems mind-boggling to think how it might develop in future. 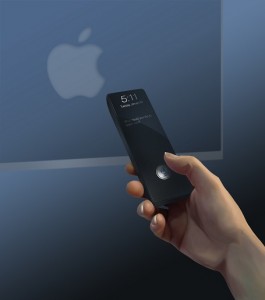 This is a touch based Apple TV remote that uses Siri. You just tell the remote what you’d like to watch and it gives you what you want. I would also expect similar control of your iTunes library and perhaps include the shake to shuffle functionality of Apple’s iPod. It would be neat if you could get the programme you are watching to appear on the remote so you can continue watching whilst you go and make a cuppa instead of pausing it for everyone in the room. 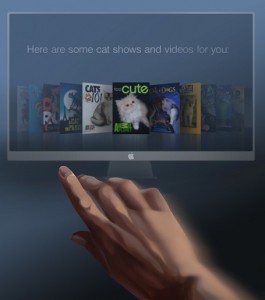 Gesture based control  is also cropping up everywhere – from interactive ‘mirrors’ in fashion stores to home gaming consoles such as Microsoft Kinect and Nintendo Wii mini and Wii U. To select a show or video based off Siri’s results you would be able to flick through the personalised selection and then watch immediately. 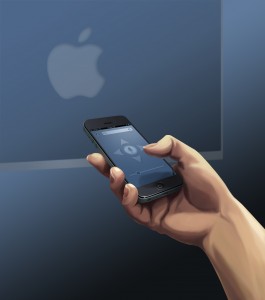 This is an iPhone app that automatically comes with the purchase of the Apple TV. So, if you don’t want to use the physical remote, you can just use your phone. It does the same things as your remote, just on your phone. Considering the growing popularity of home automated technology systems, the obvious thinking would be to have everything linked to the occupant’s smartphone. Just think about how many automated systems we have in our homes at the moment… from opening the garage doors, to putting the central heating on timer… and how many of those have some kind of automated voice or ‘profile’? Once you propose the idea of two-way interaction, the notion of humanising technology is elevated to a whole new level.