Wii U app gets you flying in a Google Streetview panorama 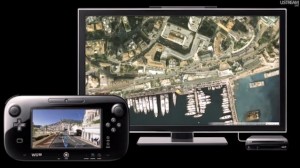 If you’re lucky enough to have bought a Nintendo Wii U you could be soon spying on people via Google Streetview.

The new Wii U app incorporates Google Maps in a pretty funky.

The app takes the motion-sensing smarts from the Wii U’s touchscreen GamePad to have you panning around Street View in real time while the overhead satellite photography is displayed on your big screen TV. You can, of course, use the larger screen for Street View, too if you so desire.

In a Nintendo Direct webcast, president Satoru Iwata demonstrated using the app to visit Nintendo’s headquarters in both Kyoto and Redmond. That’s just showing off, surely? 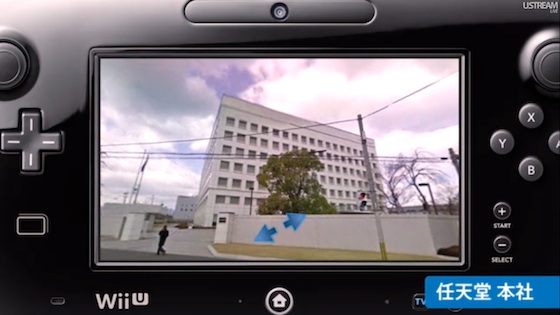 In addition to Google Maps, the Panorama View app will offer specially-shot 360-degree videos that you can pan around with the GamePad. I am not 100% sure whether this will be a separate download or part of the same app.

The maps app will be out in Japan as a free download between January and March before Nintendo starts charging an unspecified fee; no word on a release elsewhere as yet but, hopefully, this should be a global release.