Why is Online Poker so Popular? 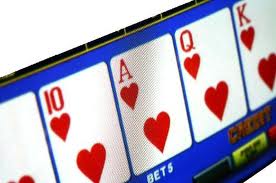 Gambling has retainied its popularity for hundreds, perhaps thousands of years. With the popularity of online gaming, it looks good to last for thousands more.

The ancient Egyptians tbelieved that the god Thoth, who was the divine physician, inventor of writing and supreme judge invented gambling. For the ancient Greeks gambling also came from Gods with Zeus, Poseidon and Hades casting lots to claim parts of the Universe. The result was that Zeus got the heavens, Poseidon the sea and Hades took possession of the underworld. Later Greeks decided that the mythological hero Palamedes created games of chance to entertain Greek troops during the Trojan War. He was also thought to be the inventor of the dice.

The fact is that people enjoy gambling because it gives players a unique sense of fun and fulfilment when they win.

Ever since the first casino game was created, a lot more have followed and today casinos can be found throughout the world. This makes it easier for a person to find and play his or her favourite casino games.

The newest casinos are to be found on the internet. These offer the luxury of being able to play your favourite casino games without having to make any sort of journey. One of the most popular forms of casino game that can be found online is Video Poker.

Poker is a family of card games. The most common kind of poker is probably Texas Hold’em, where each player gets two cards and tries to pair his or her cards to the five cards that are shown on the table. There are three rounds of betting to increase the amount of money that is to be won, but the game is more about strategy, guts and reading your opponents wisely to figure out if he is bluffing or not.

A lot of people have won huge amounts of money with ugly cards and plenty of people have given up the best hands because they thought that their opponent had the better cards. This unpredictability of the game is what makes it so appealing, but with online poker, that’s a dimension of the game that you do not get to experience fully.

The particular combination of skill and luck necessary to succeed at Poker (especially the no-limit “Texas hold ’em” variation that’s now dominant) helps explain why it, rather than some other game, has become such a seminal feature of the online-gambling scene.

Hold ’em requires more skill than most casino games, such as blackjack and slots. As with most things – the more time you put into the game, the better you get. With the highly skilled players winning huge amounts there’s a distinct motivation to keep playing and learning.

On the other side of the coin, or chip, there is enough chance in Poker that if you play reasonably well you can get lucky enough to win a big tournament. You will rarely get that chance in a professional game of chess for example.

You can’t ignore the social side to this competitve game. But, for all I’ve just said, poker was largely associated with uncool, older men—many of whom picked up the game while serving in the military.

That has turned round now thanks to the growing number of people who play Poker online.

Today, it is one of the most played games by adults on the internet. Online Poker is still growing and nobody involved within the industry can be sure of when this growth will dissipate.

With this reinvention of Poker it is returning to its physical state. Players who dabbled and learned online are now enjoying Poker nights – there’s even one staged weekly at my local pub!

Are you a Poker player? Have you played online? Are there better online Casino games to play?