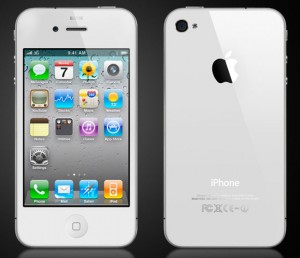 Well, now they’ve released another statement saying that the white iPhone 4 has been delayed yet again.

Apple have moved the goal-posts and instead of giving potential buyers a month or even a season when to expect their arrival they have simply said “later this year”.

White models of Appleâ€™s new iPhoneÂ® 4 have continued to be more challenging to manufacture than we originally expected, and as a result they will not be available until later this year. The availability of the more popular iPhone 4 black models is not affected.

Apparently the issues are concerning painting the glass.