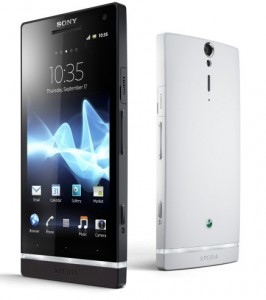 You’ve read about the Sony Xperia S release and now you’re gagging for it – but which UK networks will be supporting it?

If you fancy getting your paws on the Sony Xperia S in the UK then the news is very good.

Nearly all the major networks are lining up to sell the first ever Sony mobile phone. O2, Orange, Three and T-Mobile will be making the Xperia S available as well as Phones 4U hawking Sony’s debut blower.

I’ve still yet to hear from the V’s (Virgin and Vodafone) as to where they stand but Phones 4U are confident that the sexy S will be on their shelves in March.

Prices, tariffs, and all the other important stuff has yet to be pinned down.

As previously mentioned, the Sony Xperia S will appear running Android Gingerbread. It will soon after receive some Ice Cream Sandwich action in the latter end of the year.

S specs includes a rather spanky 4.3-inch, 720×1,280-pixel HD touchscreen. Everything purrs along thanks to its 1.5GHz dual-core Qualcomm processor and 32GB of storage.

The high-definition continues beyond watching HD flicks on your phone – you can also shoot your own 1080p HD movies using the 12-megapixel Sony Exmor R camera. Even the front-facing second camera used for video calling can capture 720p HD video!

You want? Let me know below 🙂