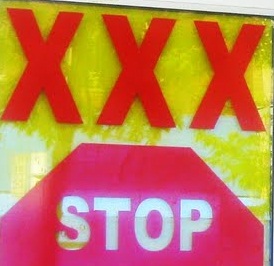 I was told about this via Facebook and I could not believe it at first.

Obviously the government are spinning this as being for the good of the children but, call me cynical, it just pangs of yet another governmental knee-jerk reaction to the whole WikiLeaks thing – if the government can get more control over the interwebs then they can better control what we get to see.

Conservative MP Claire Perry told the Sunday Times: “We are not coming at this from an anti-porn perspective. We just want to make sure our children aren’t stumbling across things we don’t want them to see.”

That is very noble and I don’t think that anyone is against that sentiment – but isn’t that the duty of the loving parents/guardians/teachers?

It’s of little surprise that this plan comes from the same Ed Vaizey who told the FT World Telecoms Conference that the Internet should be regulated, arguing that doing so was good for business, good for the economy and good for people”.

The other thing is – who determines what constitutes content as being pornography?

OK – some sites are blatantly explicit but would this blanket ban include academic sites discussing the subject? There are art and book forums which will discuss ‘pornographic’ works that may get banned in the same swipe as smuttyflith.com (that url isn’t taken by-the-way).

Discuss (while we’re allowed to) below 😉