Want Windows 7 and Own an iPhone or iPod Touch? You’d Better Hang on! 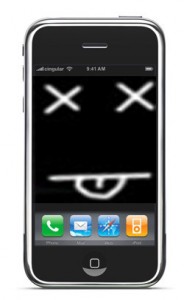 No-one (apart from my BlackBerry owning friends) would argue that the iPhone is pretty much one of the most popular handsets out there at the moment.

After the disaster that was Vista, Windows is hoping that 7 will be the most popular OS.

Now, if I was Microsoft I’d be making sure that Windows 7 plays nicely with the iPhone.

Consistent (and persistent) syncing issues have been reported on Apple‘s support forums, wherein iTunes on Windows 7 machines recognizes the iPhone, but cries “error 0xE8000065” whenever the user attempts to sync.

While some have found limited success with using PCI-based USB cards (and bypassing the chipset), this is clearly a major issue and something Apple would expect to be fixed before shipping its Core i5 / i7 iMacs, which are likely to sport the chipset.

If you’d like to read the forum posts of confused and miffed iPhone users and some ideas of help then click here.