Volkswagen has been teasing us with the promise of producing a new microbus for the 21st century but now their latest concept has been officially unveiled at CES in Las Vegas.

The VW Budd-e could be the long awaited addition that was expected once Volkswagen reinvented the Beetle in 1997. Four years later it looked as though this would happen when VW showed a concept for a new Type 2 Microbus. There was even more want created by the Westfalia concept in 2008.

Word is that this could become a reality by 2018 but VW has a lot of tidying up to do thanks to last year’s emissions debacle.

However, the Budd-e showcases VW’s approach to electrics with new vehicle architecture designed to underpin a whole family of battery-powered cars across the VW group, including the Porsche Mission E and the Audi Q6 e-tron.

The hardware is VW’s own system, complete with a fast-charge facility that allows a range of over 250 miles after just 30mins plugged into the grid. With electric motors front and back the Budd-e is effectively a four-wheel drive and so pretty nippy; 0-60 in just under seven seconds and 112mph top speed is more than fast enough for any Scooby Gang-in-a-hurry.

There is one particular feature on the BUDD-e that may actually make driving safer, not just more convenient. The concept’s e-Mirror replaces side mirrors with two digital displays fed by external cameras. The driver’s side 7.0-inch panel and a smaller, passenger-side 5.9-inch panel essentially eliminate the blind spot found in conventional mirrors and also make for better aerodynamics. 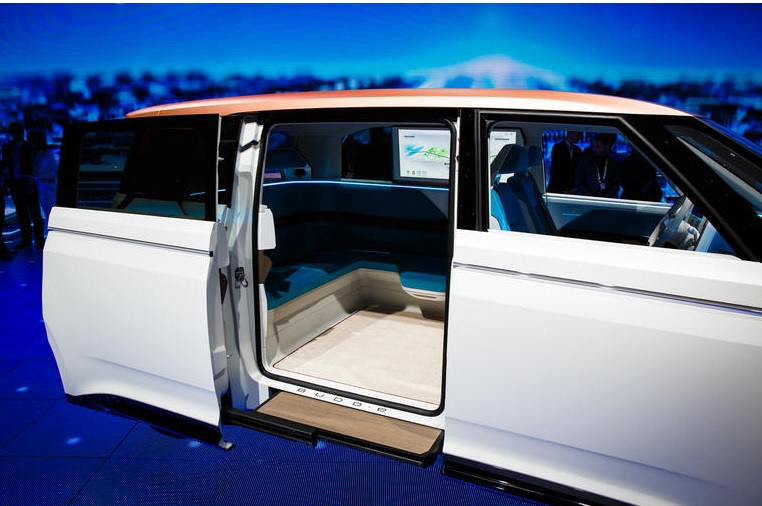 Volkswagen is going so far as to imagine a world where the BUDD-e can order and receive its own replacement parts. No word on if it will change its own tyres, though.

The looks might not be as retro as people (me) would like but there are some nods such as the V-shaped grille instead of the classic Type 2 nose. It is smaller, at 4.6-metres long, but it does stand taller.

You get into the Budd-e via a sliding door that opens by way of gesture-command where you’re greeted by swivelling chairs in the front and a rear seat that can be similarly manipulated to form a bench-with-a-view. 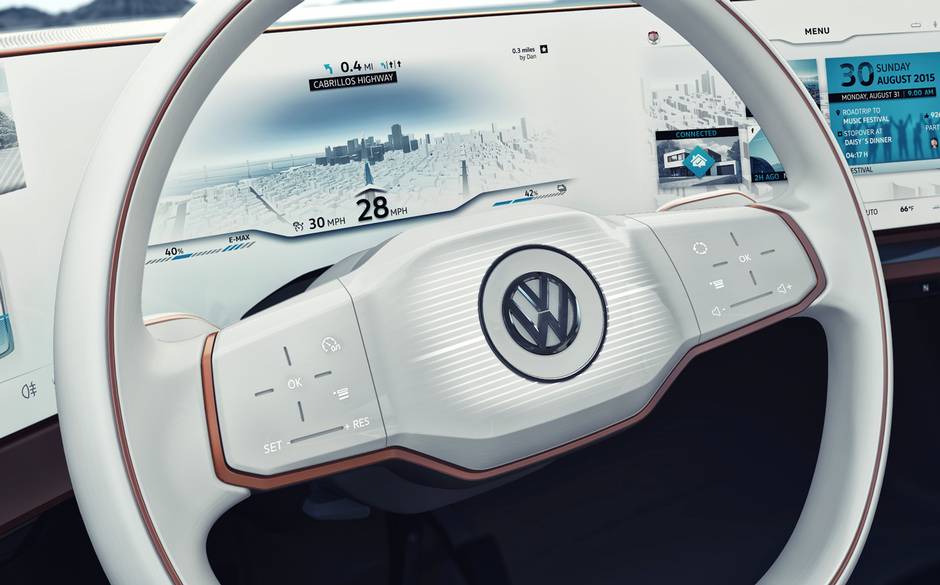 The floor is recycled wood, keeping the eco-friendly vibe. All the usual controls and such are incorporated into the large panel in front of the driver and authentically body-coloured “smart” steering wheel. There are some fun ideas there, like the car’s ability to play pre-selected tunes when you hit a certain spot on your route.

What do you think about the Budd-e, could it replace the Microbus that we hold in our hearts so dearly?