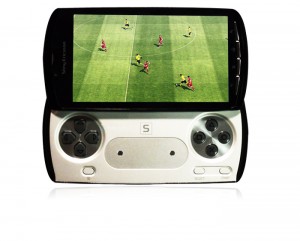 Not so good news for Sony Ericsson and its greatly anticipated Xperia Play.

The gaming-led PlayStation Phone should be available as of tomorrow (April Fools Day) but it seems that Vodafone has become the latest network to delay its release.

A message sent to a Voda customer reads:


â€œSony Ericsson have advised us that they will not be able to supply the Sony Ericsson Xperia Play to meet the original launch date of 1 April.”

â€œWe are working closely with Sony Ericsson to ensure your phone is delivered as soon as possible and we will be in touch again with specific timescales when we know more. We appreciate this is disappointing and are doing our very best to resolve this as quickly as possible.”

This can’t be good news for SE as O2 have also said that they are working with Sony Ericsson to iron out â€œbugs and issuesâ€ hidden in the thumb-pleasing phone.

Sony Ericsson have stated that the delays are due to a “freight issue” with no mention of buggy software – which is kinda odd.

“We can confirm that the Xperiaâ„¢ PLAY handsets are still planned to launch in the UK for 1st April, as originally communicated. However, as of today, we have experienced a freight issue that may impact the number of Xperiaâ„¢ PLAYs arriving at some retail outlets. This said, consumers can purchase Xperiaâ„¢ PLAY as of April 1st at a number of stores across the UK”.

I will be at the launch party for the much publicised phone tonight, which is being held in central London, so I shall be trying to get the real reasons out of people in the know 😉