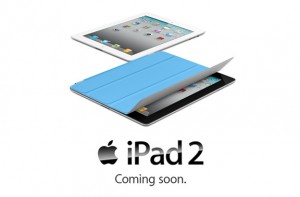 Following on from Three UKs iPad 2 news Vodafone have opened up their doors to Apple’s newest tablet.

You are able to sign up and Voda will let you know all the juicy details about their deals for the newer, lighter and thinner bodied fruity post-pc device.

Other bonuses the iPad 2 has over the original are the two cams â€“ one on the back for HD video recording, and one on the front for making FaceTime video calls.

It also sports that dual-core A5 CPU and a waistline that’s actually thinner than the iPhone 4.