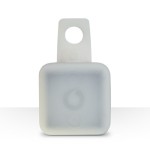 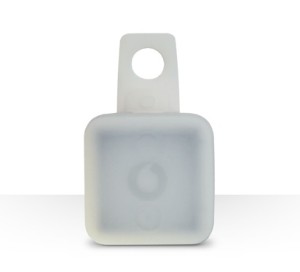 You may recall that I visited Vodafone’s HQ recently and while I was there my hosts mentioned xone, a fairly unpromoted division of Vodafone that specialises in testing new products and services on early adopters. I have taken the opportunity to test a couple of items, so here’s my Vodafone Findxone tracker review to start with.


The idea behind xone is pretty much the same as beta testing games. The benefit for Vodafone for having xone is that regular folks can feedback and help iron out any issues before the company commits to producing and promoting the product. For the testers and early adopters, they get early access to exciting new products, and pay less in the process.

Vodafone xone has a relatively small portfolio of products and services at the moment, but is looking to expand all the time. On my recent trip to Vodafone I met up with Paddy Harrison Harvey, head of Vodafone xone, who explained the thinking behind it all and also talked about some new products in the works.

Everything is sold and marketed via the Vodafone website, but products are despatched from Amazon which means you get free next day delivery.

The Findxone tracker is noot flashy, but rather sturdy and functional. Saying that though, the Findxone only costs £15 and then £24 per year. 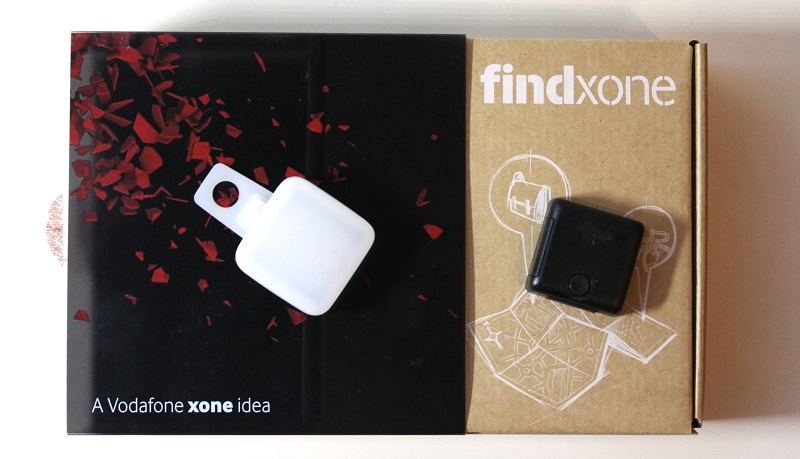 Inside the box you get a charging cable, a USB-A to micro-USB lead, the tracking device, and rubbery case for the tracker. The rubber jacket features a handy hook so you can slip it on a keychain or carabiner should you feel the urge to do so. 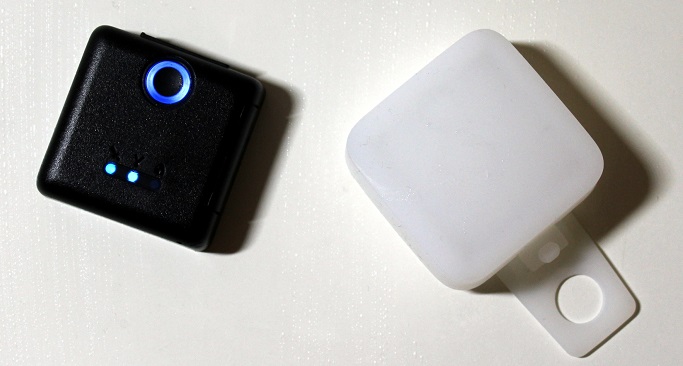 Shoving the Findxone into its protective sleeve is fairly straight forward but once it was in there one thing became apparent. You have to take it out to charge it. 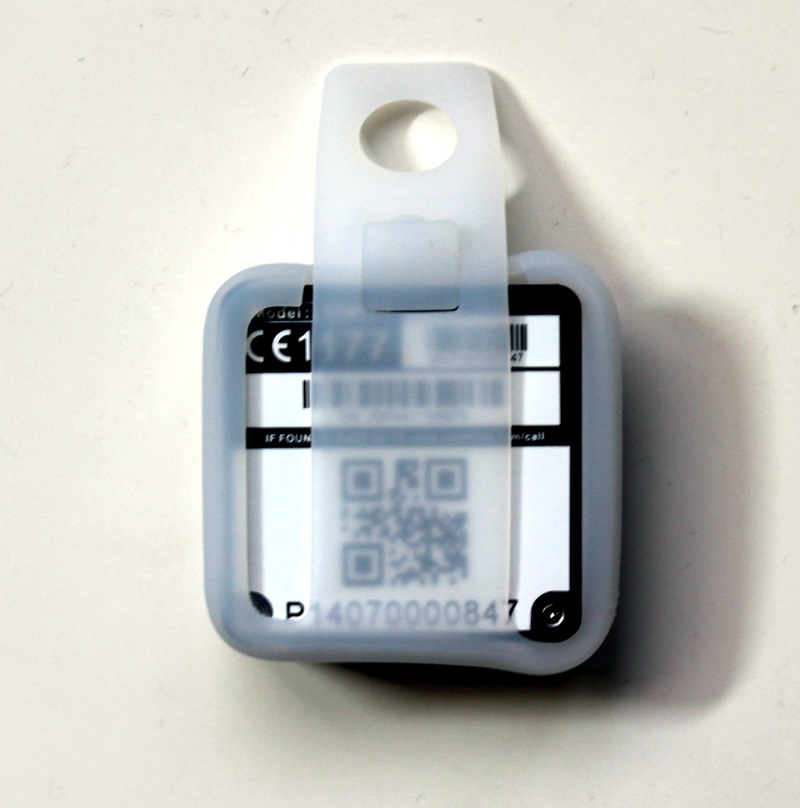 Now, if the case endowed the device with waterproof or water resistant skills, then I could understand the lack of a hole for the charging port but, as the back of the rubber outer is open, it is a bit of an oversight in my opinion.

This was the bit that I had to keep reminding myself that this is a beta device.

I downloaded the Findxone app but registered using a different email address than the one I used to order the device. When it came to logging the tracker’s serial number and other digits, they would not take. 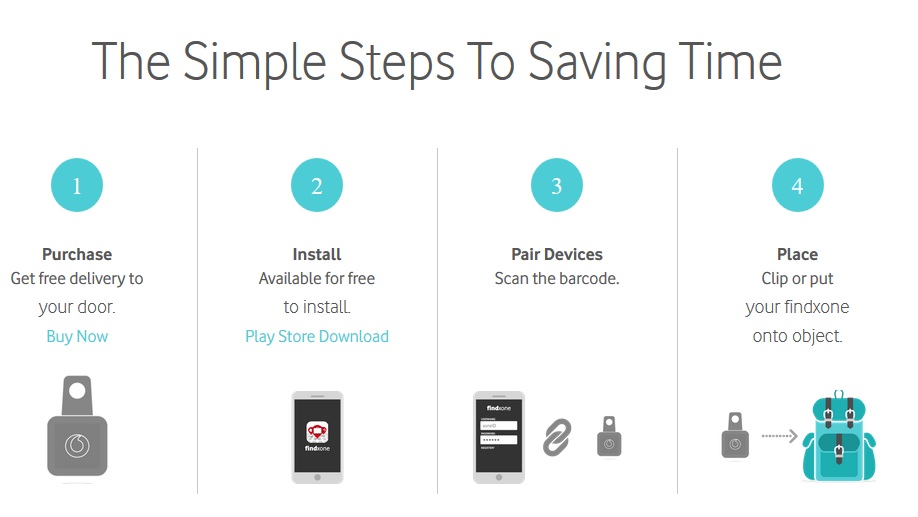 The simple steps above on the Findxone website was mocking me! 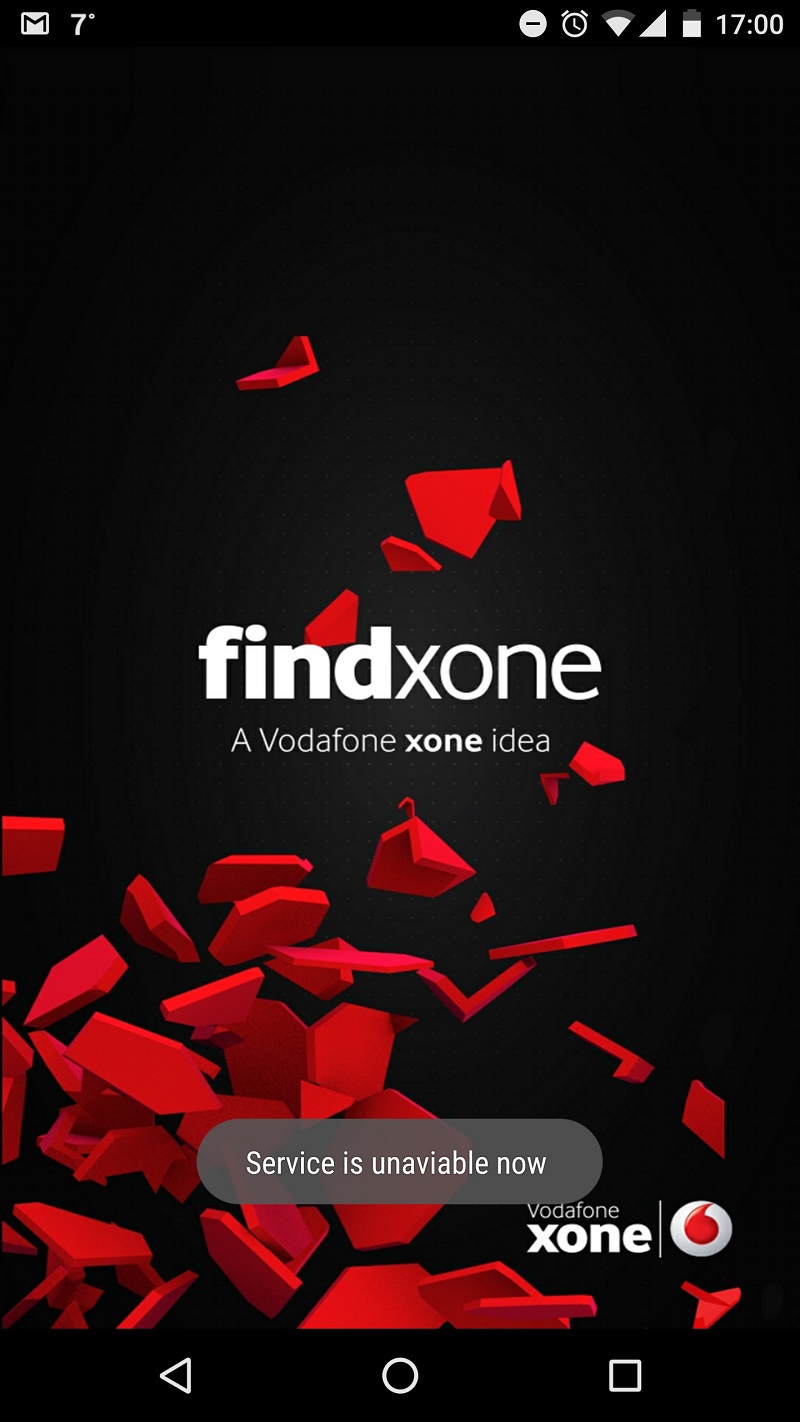 Well, so I thought. The app kept crashing. A lot. What made this even more irksome was the fact that the error message was misspelt. 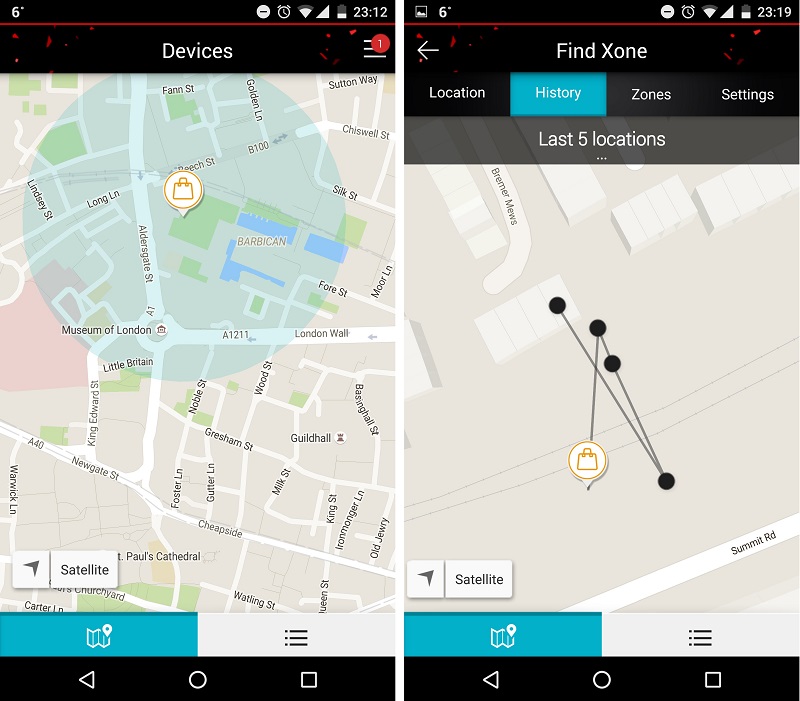 When it does work though, it seems to do what it promises to do. You can see the current (and previous) locations of the device. 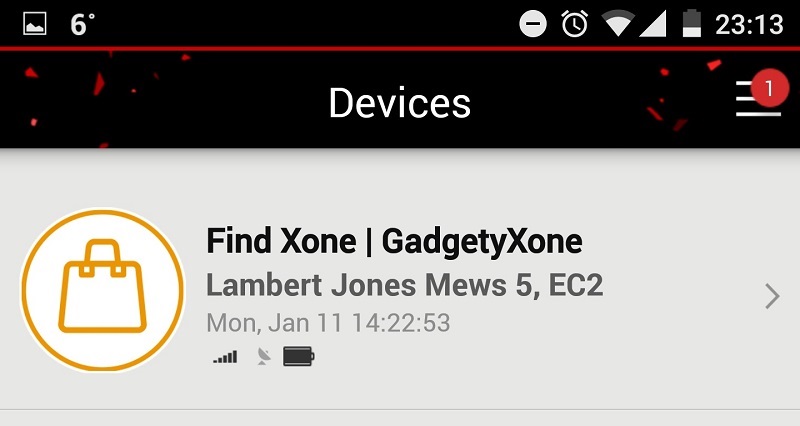 You can also add extra devices to the same account so you can keep tabs on your pets, kids, as well as your luggage.

The Findxone app also allows you to manage the alerts you get and, to a certain extent, tweak the battery management a bit. 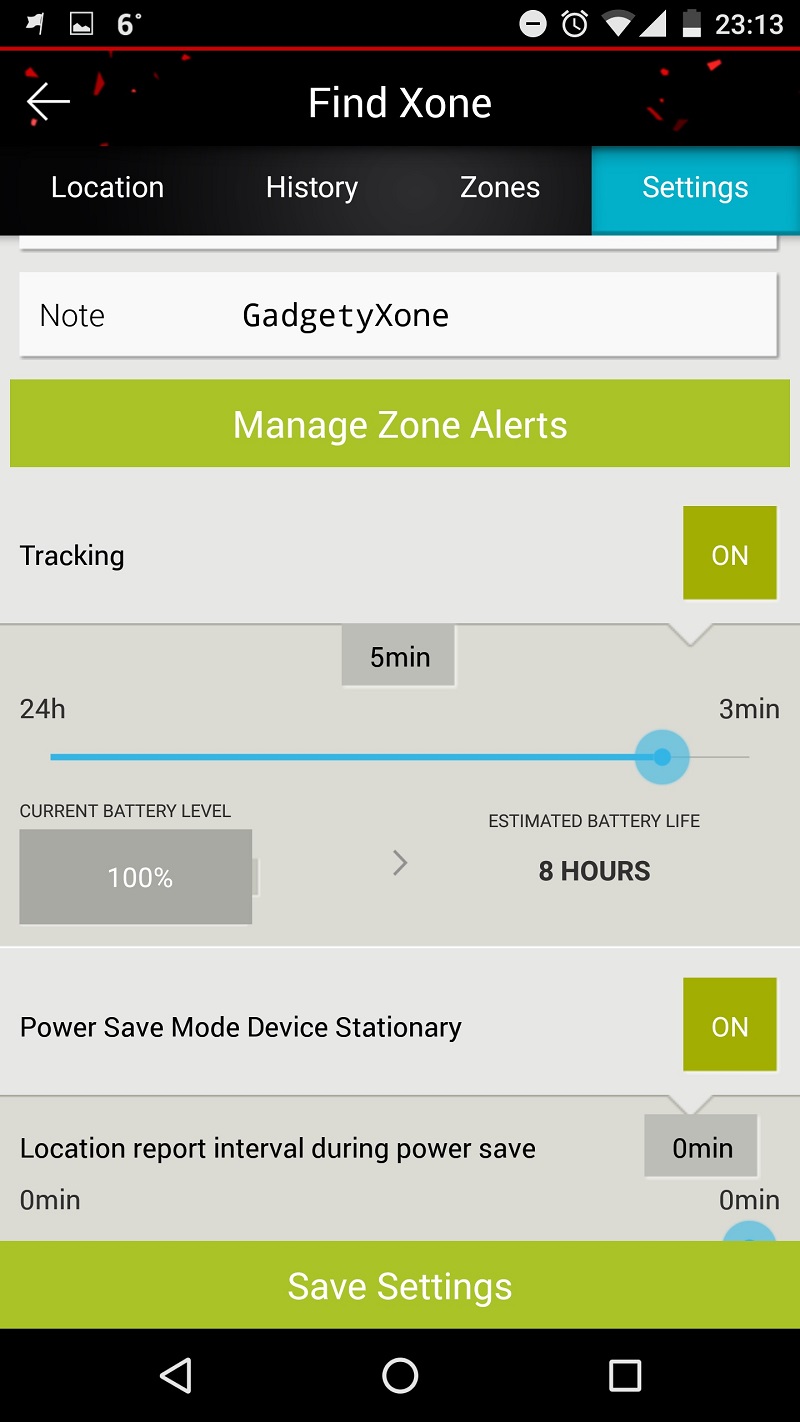 Creating zones (or should that be xones?) is a bit tricky but doable, these will get the Findxone device to let you know if it has been taken out of a particular zone – handy if you’ve left a bag in the car as your partner is driving it away.

Thankfully tinkering with the Findxone tracker settings is pretty simple. 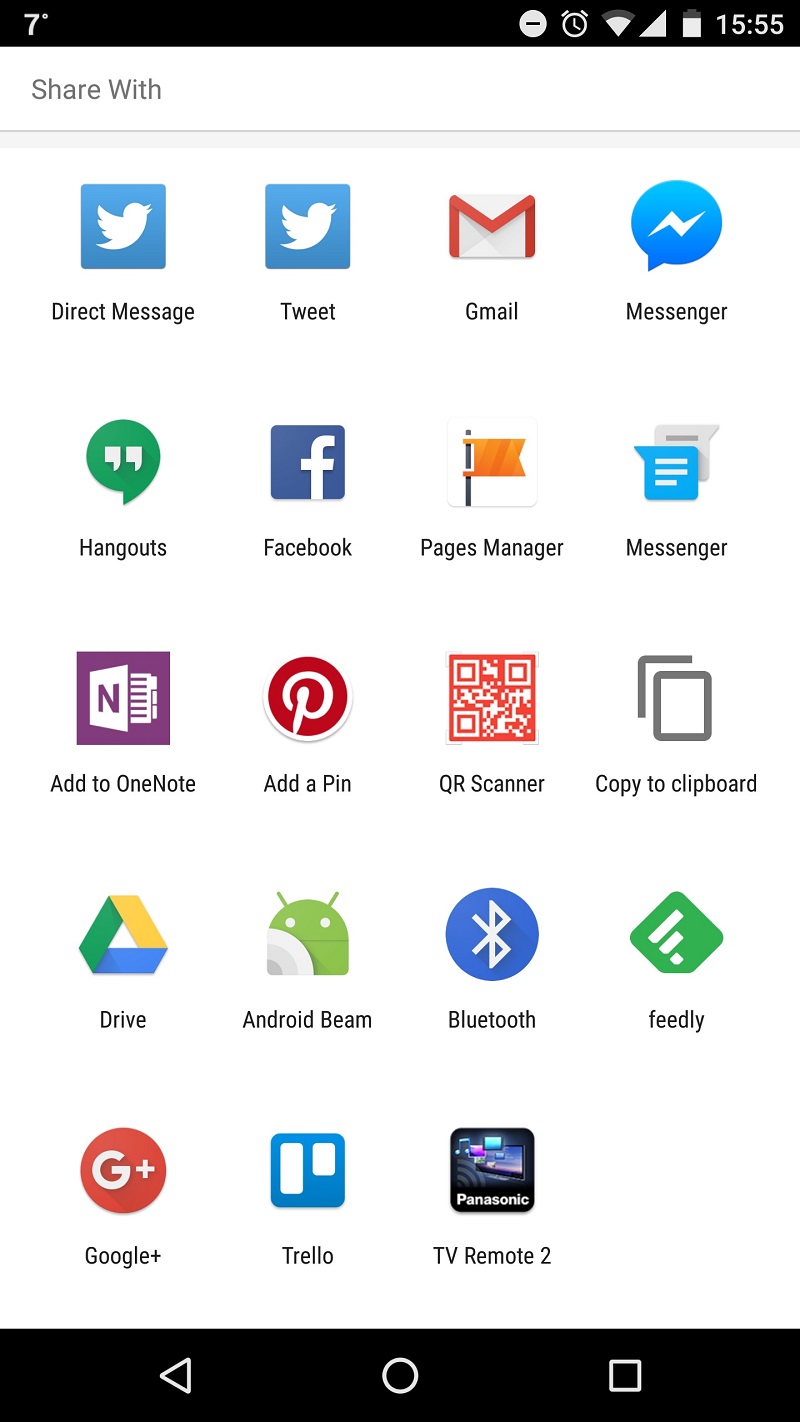 Vodafone’s xone is a test bed, and that has to be kept in mind. Also, I was using a Google Nexus 6P smartphone for the testing and, as it gets the very latest Android version sent to it as soon as it is ready, this may have caused some of the hiccups. I tried it with the Huawei Mate S and on that attempt all seemed well.

The Findxone is obviously not as slick as the Thingsee, but then it is a heck of a lot cheaper. The issue for me is that if you are using something to keep tabs on your valuables, you want it to work every time and all of the time.

Battery life was a bit slim. I had the device only activate when moving in order to save juice but it was still thirsty by the end of the day, and that’s with me spending most of my time in an office.

The Findxone has promise and I’ll certainly be keeping an eye on the Vodafone xone in the future.

Can I recommend the Findxone? Yes, if you fancy trying out devices that might be a bit buggy and get involved in the developer forums. Not so much if you are just wanting to buy a device that works right from the get go.