Vodafone Compass Squares up to be Next 360 Phone 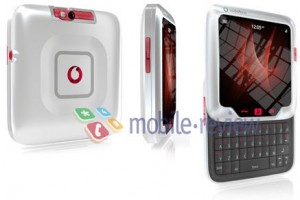 Mobile-Review seems to have a bit of a scoop – this, they say, is the new Vodafone 360 phone.

What makes this interesting, apart from the shape, is that the previous phones have been Samsung touchscreen numbers but here we have a square thing rocking a QWERTY board a-la Nokia 7705 Twist.

Vodafone 360 gives you a bunch of social networking niceness such as the geographic coordinates of friends, the address book yanks in Facebook updates and all sorts of contact options like IM and email.

Apparently some of the functions on the Compass 2010 will be gesture controlled using that centralised button on the back.

It should be able to cope with music playing and internet browsing.