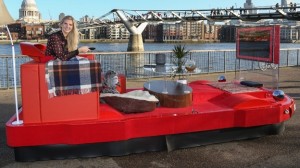 As of today, Virgin Media has started rolling out broadband speeds of up to 152Mb and will affect around 12.5m of the company’s UK customers.

The rollout is the result of a significant upgrade to Virgin Media’s broadband infrastructure and will, according to the network, result in speeds 19x faster than Ofcom’s definition of regular broadband. That’s kinda impressive, you have to admit.

Of course the 152Mb won’t be available to all customers – rather it’s part of a broad speed update that affects all of Virgin Media’s packages. For those who have the 120Mb package you’ll be getting the maximum 152Mb whilst those on the 30Mb have been bumped up to 60Mb and those on the 60Mb plan have been bumped up to 100Mb. So everyone still wins, if you’re a Virgin Media client.

According to Virgin Media the upgrade is just as much about securing the network in the future as it is offering its customers faster speeds. This is in part thanks to a huge increase in nationwide internet usage with Virgin Media witnessing a 1000% increase in bandwidth demands since it first launched in 2007.

Hopefully the other internet service providers will follow Virgin’s lead.